Tributes have been pouring in for Mzansi lawyer and one-time Real Housewives of Johannesburg housemate following her sudden death after a protracted battle with cancer.

One of those who have reacted to her death is Mzansi media personality, Minnie Dlamini Jones. In a recent post to Instagram, the mother of one had shared a close-up picture of her and the late Naledi, recounting how they would laugh and just make merry.

She stated that she would miss Naledi terribly and ended up thanking her for the gift of sisterhood. You can check out her post below. 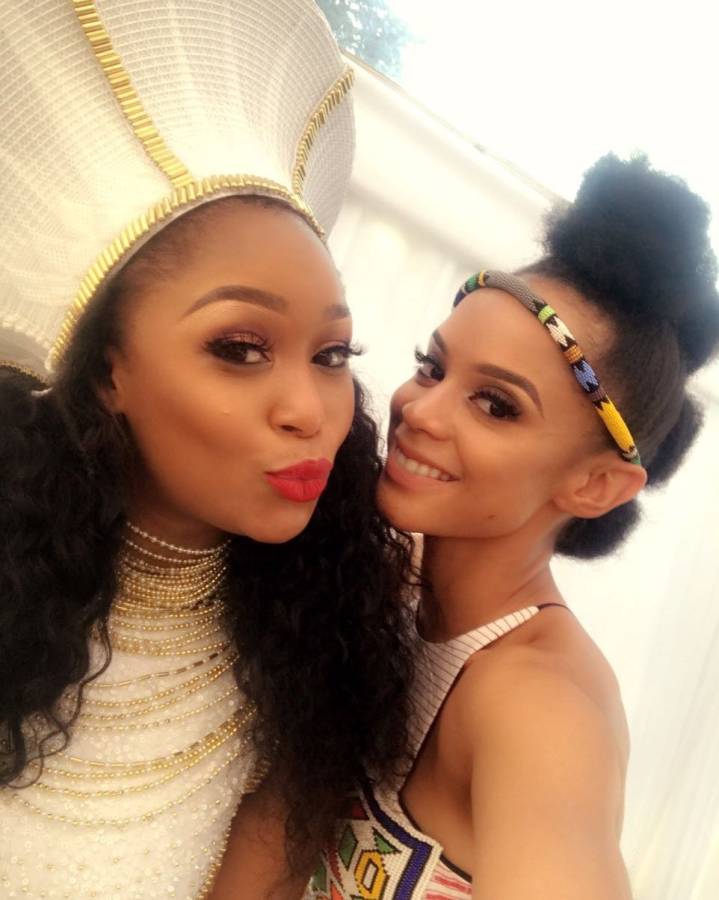 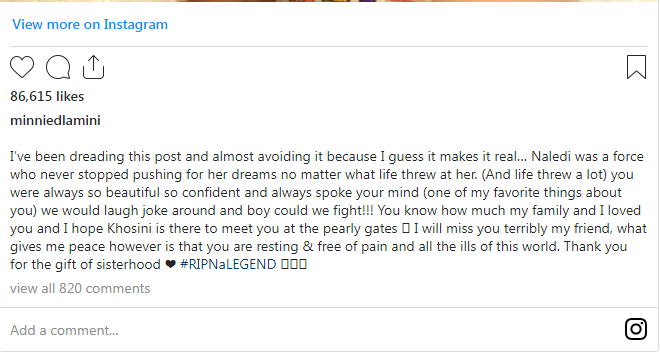 Other celebs have been recalling their times with her as well and what she meant to them until her passing. Fans were not left out. Broken hearts and crying emojis on social media indicated that some fans were grieved by her passing.

Naledi Willers’ last post to Instagram was made 21 weeks ago (on July 10). Back then, she had noted she was out and about, dropping the following hashtags that gave clues about her advocacy and her health challenges: #breastcancersurvivor #tswanabarbie #nalegend #backtolife

Naledi had been diagnosed with cancer of the breast a while and became an advocate for health consciousness, educating other women on the need to get tested and just stay healthy.

Tags
Minnie Dlamini Naledi Willers
John Israel A11 December 2021
Back to top button
Close
We use cookies on our website to give you the most relevant experience by remembering your preferences and repeat visits. By clicking “Accept All”, you consent to the use of ALL the cookies. However, you may visit "Cookie Settings" to provide a controlled consent.
Cookie SettingsAccept All
Manage Privacy