The funny side of South Africans manifests again and again. And with American actor Tom Cruise showing up in the Rainbow nation, South Africans threw jokes around regarding his presence and the country’s electricity problem.

The actor, who’s said to be in South Africa to shoot the flick Mission: Impossible, has been spotted in the South African cities of Limpopo and KwaZulu-Natal.

South African hilariously posted that the American’s film is about getting electricity to work properly, as well as dodging potholes in the country.

South Africa is currently experiencing electricity with Eskom speaking om implementing load-shedding. And South Africans are unimpressed with it all.

With many people annoyed with the way the government is handling the situation, Tom Cruise’s presence in the country was the subject of comic relief. Already, the planes the American will use for stunts have been transported to Hoedspruit. 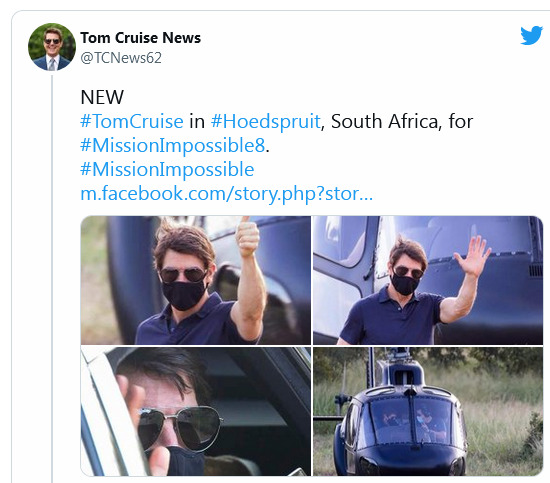 Tom Cruise might be on “mission impossible” – if one were to push the joke of fixing South Africa’s electricity challenges – but he sure as hell isn’t on an impossible mission with his film.

The champ has been in movies since 1980. He knows his stuff, and y’all should look forward to him coming out in the wash in Mzansi.

Tags
Tom Cruise USA
John Israel A15 February 2022
Back to top button
Close
We use cookies on our website to give you the most relevant experience by remembering your preferences and repeat visits. By clicking “Accept All”, you consent to the use of ALL the cookies. However, you may visit "Cookie Settings" to provide a controlled consent.
Cookie SettingsAccept All
Manage Privacy