It was a moment of triumph for convicted murderer Janusz Walus, who has just been released on parole after spending exactly 28 years in jail for the murder of Comrade Chris Hani.

Hani, the general secretary of the South African Communist Party (SACP) and chief of staff of uMkhonto we Sizwe, the military wing of the African National Congress (ANC), was shot dead in the driveway of his Johannesburg home in 1993.

His death came on the heels of the first multi-racial elections and was seen as an attempt to provoke racial tensions and derail the electoral process that would have seen South Africa return to democracy after decades of apartheid.

By law, Hani is entitled to parole after 15 years in jail. However, although he had applied for parole several times, it was rejected by ministers each time.

In a move that must have pleased him and his family, Justice Raymond Zondo ordered Justice Minister Ronald Lamola to place the convict on such terms and conditions that he might find appropriate.

The parole ruling provoked mixed reactions online, with some Twitter users condemning it as a betrayal of the course of justice.

If there was a revolution when Chris Hani was killed by Janusz Walus’, we would not be witnessing him getting rewarded with freedom for killing our icon today pic.twitter.com/gRnf4xE961 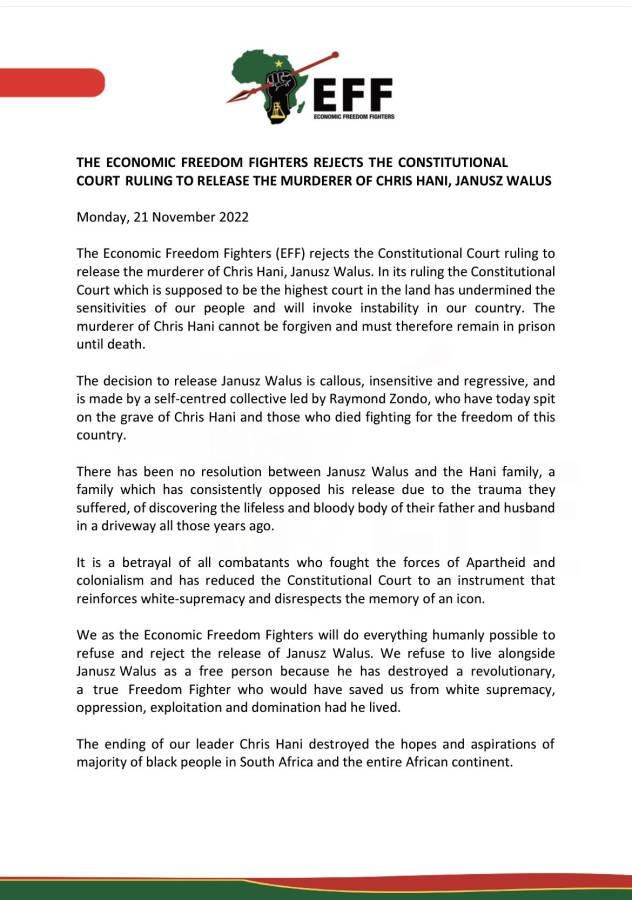 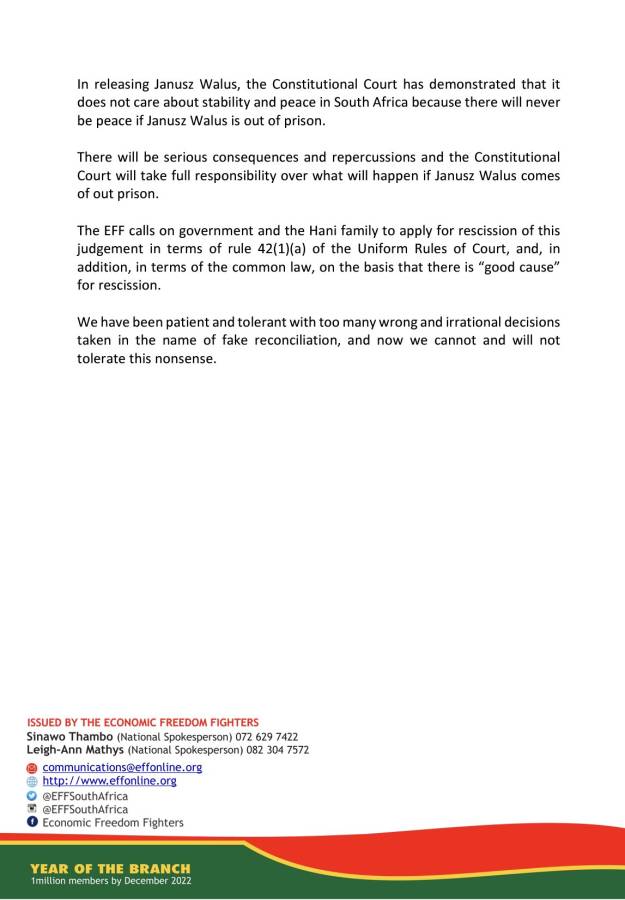 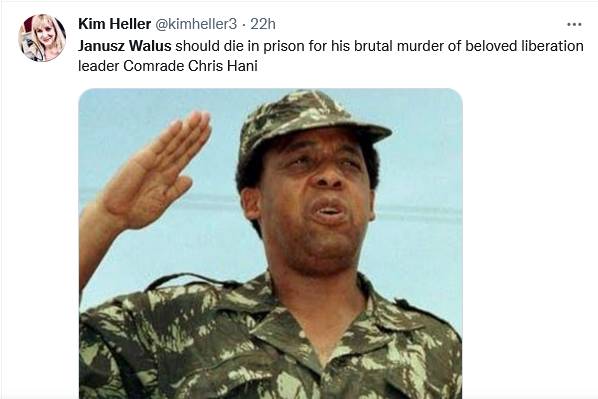 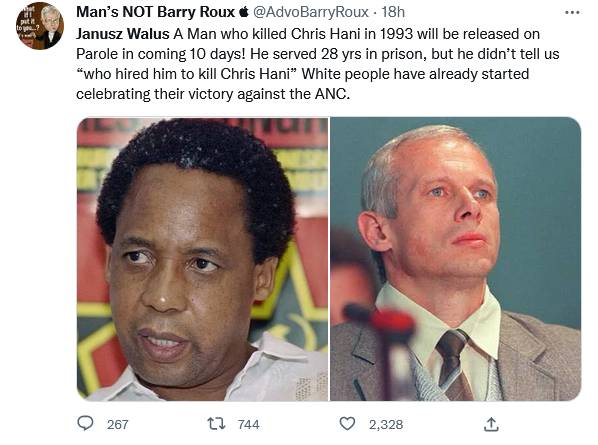 Hani’s family also opposed parole for the convict. But the law has spoken.

Tags
Chris Hani Janusz Walus
John Israel A22 November 2022
Back to top button
Close
We use cookies on our website to give you the most relevant experience by remembering your preferences and repeat visits. By clicking “Accept All”, you consent to the use of ALL the cookies. However, you may visit "Cookie Settings" to provide a controlled consent.
Cookie SettingsAccept All
Manage Privacy