Mlindo The Vocalist excludes himself from Shimza’s mixer debacle on Twitter.

Talk about being dragged into a case that isn’t your business at all. So here’s what went down. Apparently, Mzansi DJ, Shimza is currently involved in a rift with Theo a.k.a Theology HD.

The talented hit maker took to Twitter to reveal that he has Theo’s mixer and won’t give it back until a certain Mlindo returned his. Both Shimza and Theology HD went back and forth concerning the mixer but the Mlindo spoken about didn’t surface. This led many to think it was Mlindo The Vocalist.

However, the popular singer took to his Twitter page to distance himself from the debacle. According to him, the person being referred to was Mlindo The Mixer not Mlindo The Vocalist. This sort of clears things up because everyone wondered why he had been mute while it all went down. Thankfully, it has nothing to do with him. 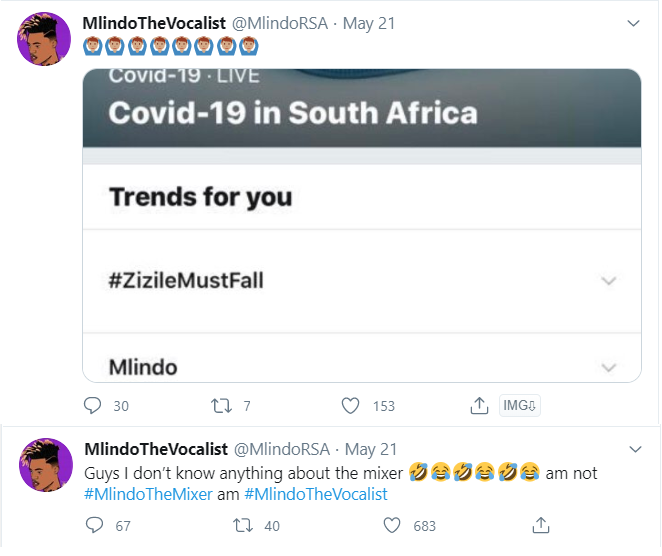