For peeps who might be wondering why Mlindo the Vocalist hasn’t released new music in a while, the songster was depressed and decided to take time off the bars to cool off. He’s in a better state now, and according to him, new music is on the way.

In a post on his Instagram page before announcing he’s dropping new music, the songster had released a flier letting fans know there would be a big announcement by 7 p.m. on that day. The time came, and the songster let the cat out of the bag. 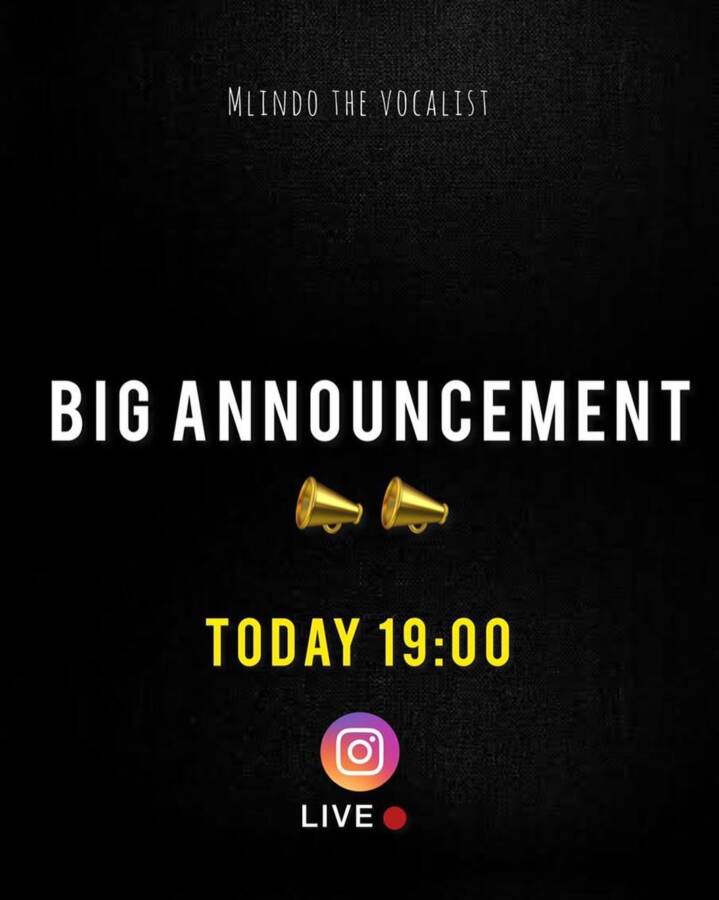 According to him, he’s releasing a new album titled “Lindokuhle” – his first in a long while. In the live chat with his fans, he urged them not to press artists for new music as it leads to depression. Was that what caused his own depression? He didn’t say. But he was dealing with a lot.

He noted that it wasn’t like he didn’t want to give fans new music; he was working on something on the side. It may have been a while, but now something fans should like is on the way.

He apologised for being away for so long but also expressed the hope that his fans would support him and his new project when it drops.

Tags
Mlindo The Vocalist
John Israel A Send an email 27 June 2022
Back to top button
Close
We use cookies on our website to give you the most relevant experience by remembering your preferences and repeat visits. By clicking “Accept All”, you consent to the use of ALL the cookies. However, you may visit "Cookie Settings" to provide a controlled consent.
Cookie SettingsAccept All
Manage Privacy