Mlindo The Vocalist calls for Burna Boy to feature in his next album.

If you didn’t know, Mzansi singer, Mlindo The Vocalist is currently working on his next album and we hear it’s going to be dope. Seems he wants a particular artist to feature on the album, and it’s Nigerian Afrofusion star, Burna Boy.

The talented muso took to his Twitter account to call the attention of the “African Giant” hit maker to feature on the album. While many thought it was a great idea, some didn’t think the same. A few of his followers reminded him that the Nigerian star had still not apologized to Mzansi for his tweets.

Some suggested that he ask DJ Maphorisa to make it happen, while a few others preferred fresh Mzansi talent. The Mzansi star had previously released a song “Yekela” a few months back. It seems he’s looking to crown the year with an album. 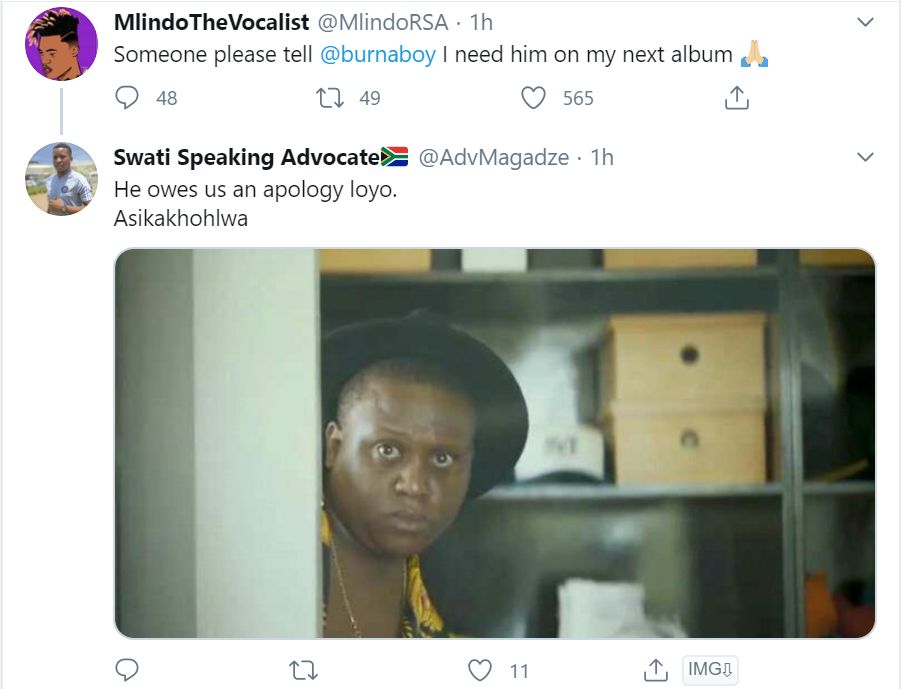 A Fan feels DJ Maphorisa is a go-to artist for that kind of request, and he might be right because the singer and music producer is well connection with Nigerian music artists. DJ Maphorisa has collaborations with the likes of Davido, Wizkid and some other Nigerian artists. 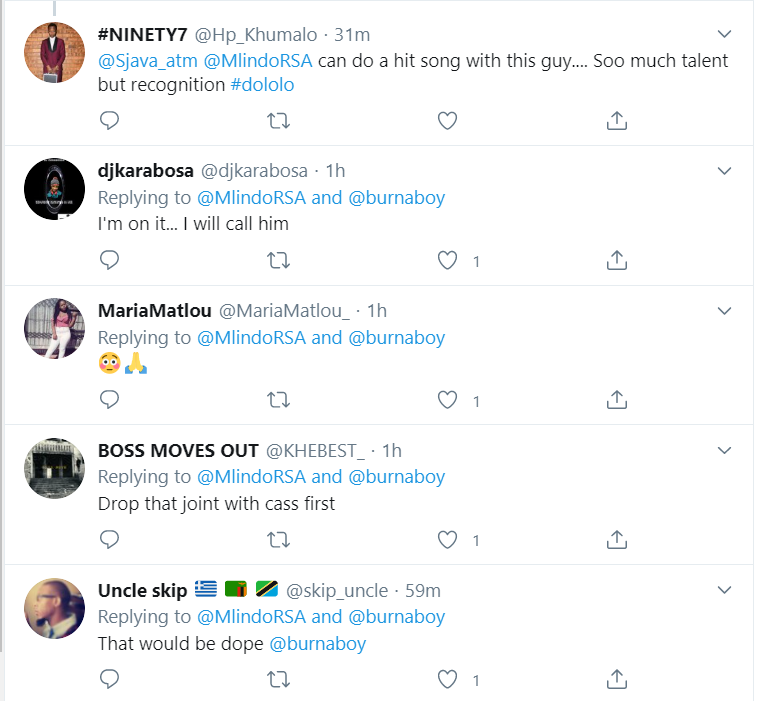