Since its debut, Mnakwethu has managed to retain the attention of viewers, season after season. Like in almost every show, viewers usually have their favourites.

The popular Mzansi series is no different. Only, this time, after the last episode, viewers appear to have taken a liking to Mashamase.

Her take on faring a married man is of great pleasure to many. Imagine comparing such a relationship to driving a company car. You cruise around town with it and in it, all right. But it will never be yours.

She has a point, perhaps, seeing that her man had a side chick for eight years without her knowing.

#mnakwethumzansi Mashamase for leadership “dating a married man is like driving a Company car, it will never be yours" #Mnakwethu pic.twitter.com/hvlUXLjkxP

To some viewers, Mashamase is actually the woman she thinks she is. Her self-assurance and confidence were also singled out for praise. She’s no pushover. This much played out during the encounter with Linda Sibaya, who some viewers thought lacked professionalism as a host. Here’s a peek into what viewed are saying. 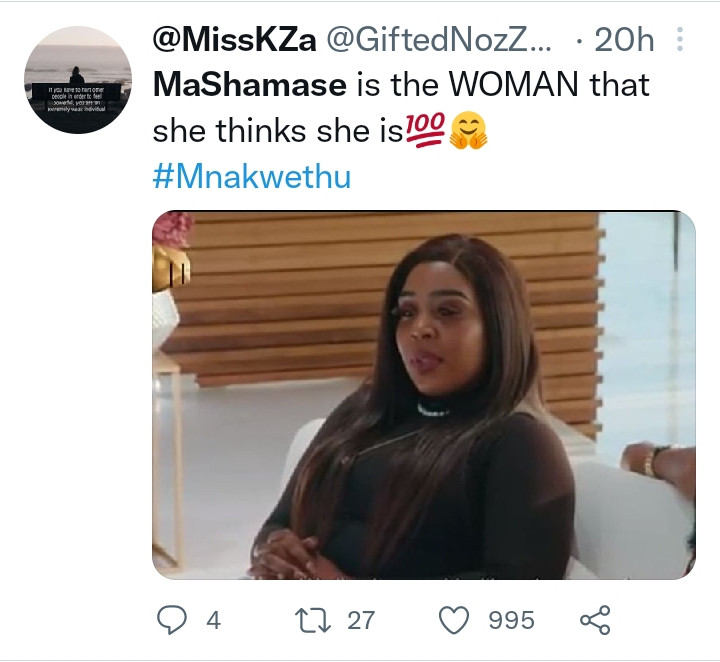 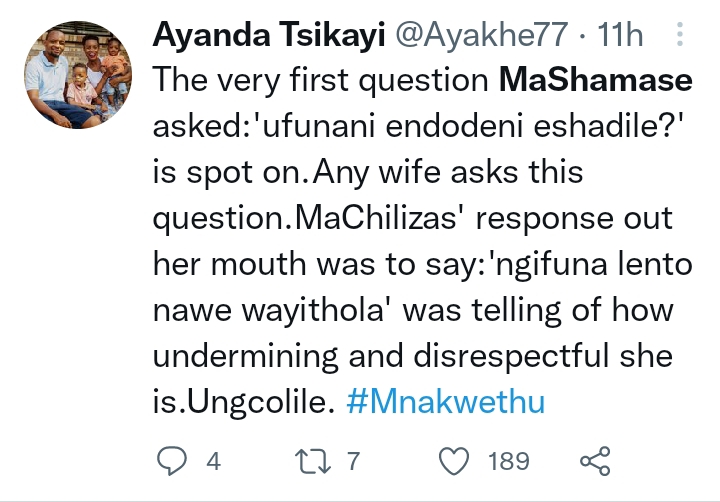 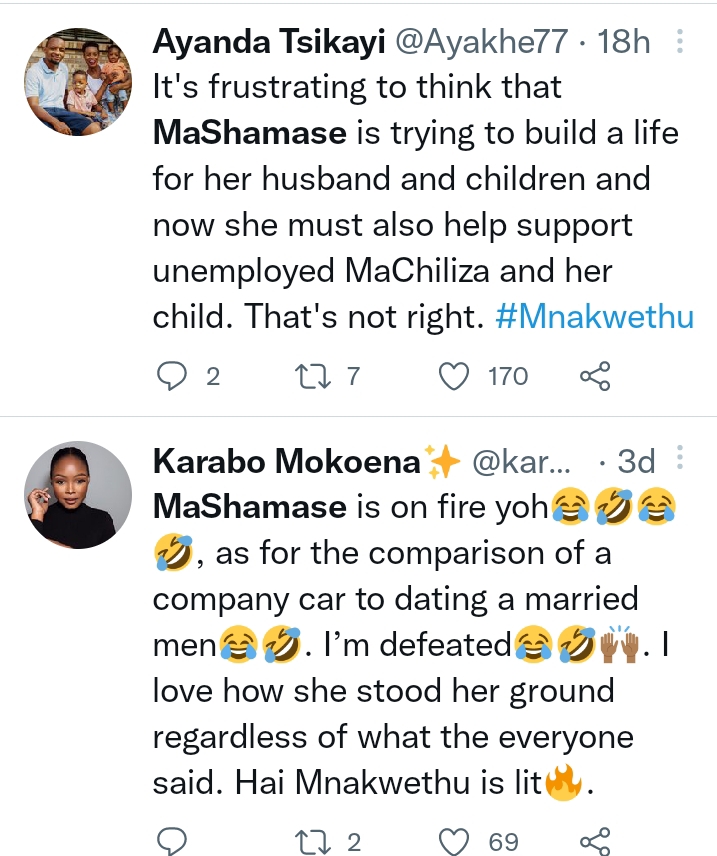 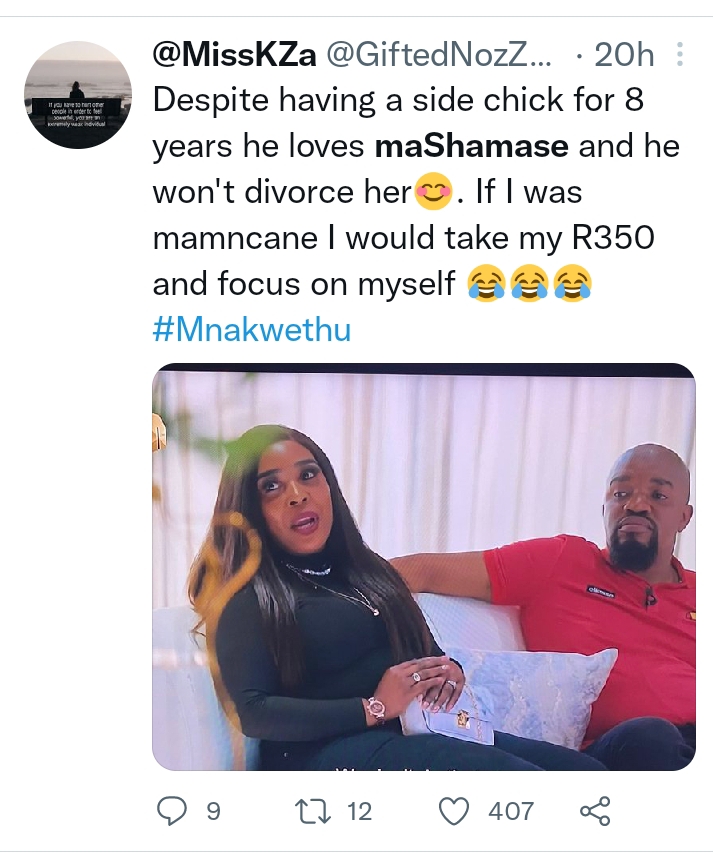 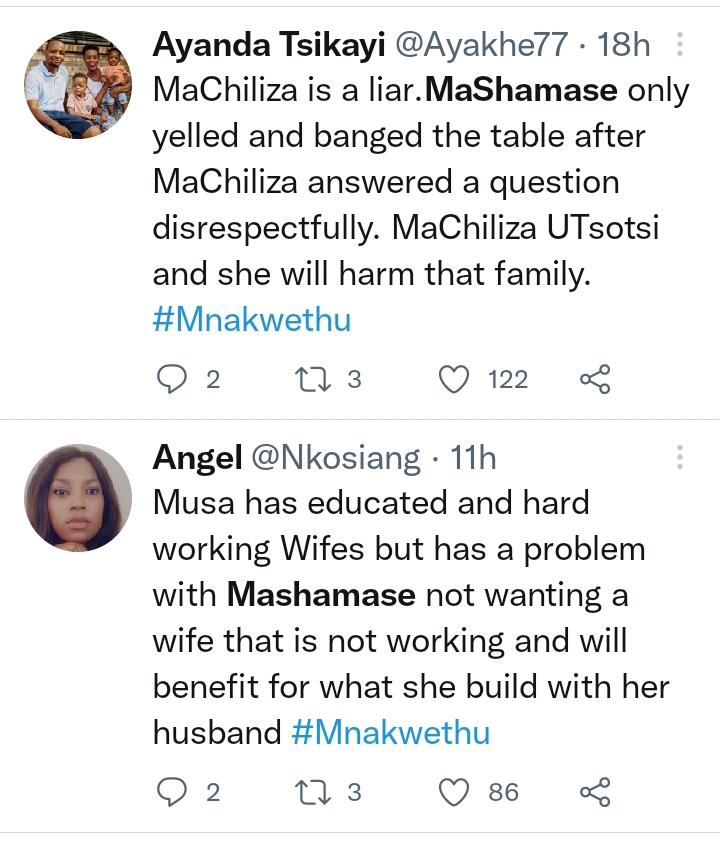 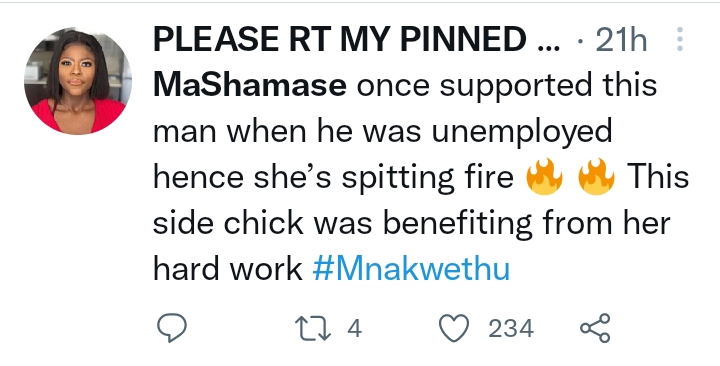 Of course, being a favourite and the subject of discussion among viewers after an episode does not mean one would retain that position when other episodes air. At any rate, Mashamase is having a good run and apparently enjoying every minute of it.

Tags
Mashamase
John Israel A Send an email 21 September 2022
Back to top button
Close
We use cookies on our website to give you the most relevant experience by remembering your preferences and repeat visits. By clicking “Accept All”, you consent to the use of ALL the cookies. However, you may visit "Cookie Settings" to provide a controlled consent.
Cookie SettingsAccept All
Manage Privacy