Mzansi actor and media personality Mohale Motaung is in the news again. His name has continued to bubble on the lip of trolls following his controversial breakup with his ex-wife Somizi Mhlongo.

This time, though, the narrative isn’t exactly about what happened or didn’t happen in his relationship with the Idols SA judge.

Mohale had asked a question about kindness – if people have experienced a random act of kindness from a stranger, and what it was. Trust Mzansi to start reeling out experiences in no time.

One tweeter commented about having lost her school fees as a child. But a random kid at the playground found the money and sent it to the school authorities. To this day, as a result, according to the tweeter, she’s honest with money that isn’t hers.

It was inevitable that black Twitter should emerge from the dark and siring shots at Mohale again. It’s said that his divorce from Somizi might be going to trial at the Johannesburg High Court.

Peeps from black Twitter’s universe are accusing Mohale of being rapacious and angling to separate the choreographer from his money. Some thoughts are below. 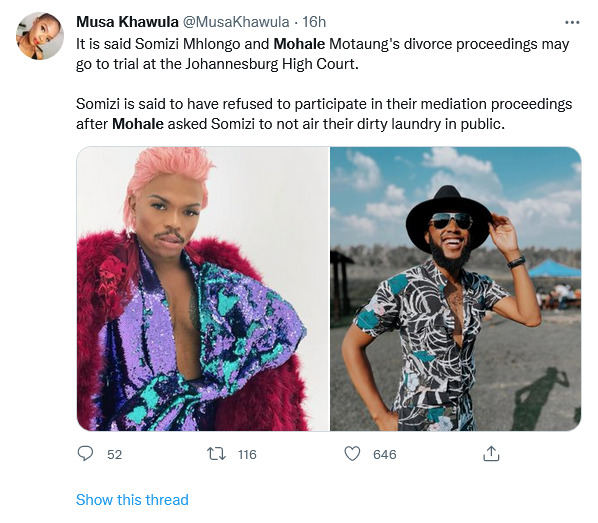 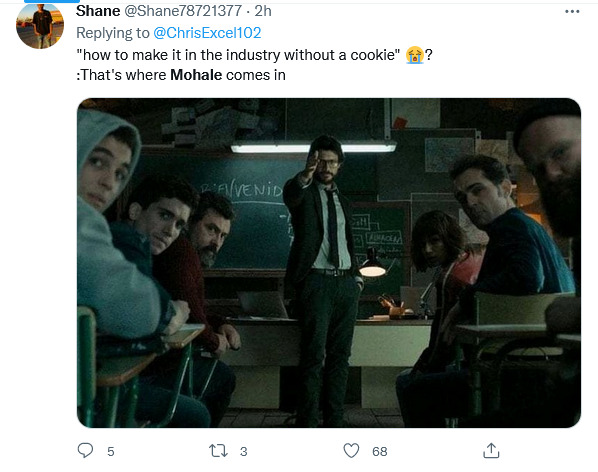 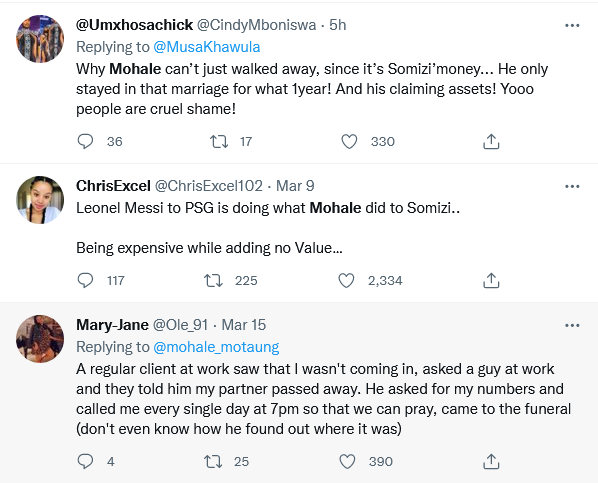 Until their breakup, Somizi and Mohale were among some of South Africa’s favorite gay couples.

Tags
Mohale
John Israel A Send an email 16 March 2022
Back to top button
Close
We use cookies on our website to give you the most relevant experience by remembering your preferences and repeat visits. By clicking “Accept All”, you consent to the use of ALL the cookies. However, you may visit "Cookie Settings" to provide a controlled consent.
Cookie SettingsAccept All
Manage Privacy