Money Heist and Prison Break are two TV crime series that have captured the attention of viewers around the world, with millions favouriting them.

Money Heist tells the story of a criminal syndicate out to purloin what it can.

Prison Break totes a different storyline. An aggrieved man (Michael Scofield), feeling his elder brother Lincoln Burrows was falsely accused of a crime and jailed, formulated a plan to spring his brother out of prison.

Bot crime thrillers are laden with suspense. And fans just can’t get enough of them. But which, between both series, is the “real thing” and favourite of viewers?

Well, that was the subject of a recent debate on Twitter, with respondents giving reasons why they think one series is superior to the other. One fan is adamant the whole season of Money Heist is equivalent to just one season of Prison Break.

A look through the comments shows that viewers are overwhelming of the view that Prison Break is the best between the two. You can check out some reactions below.

lmao this tiktok is making me rewatch prison break pic.twitter.com/HG7IPZVWI8 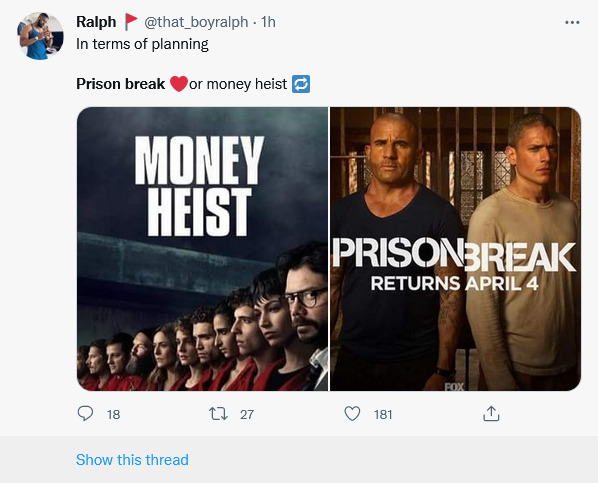 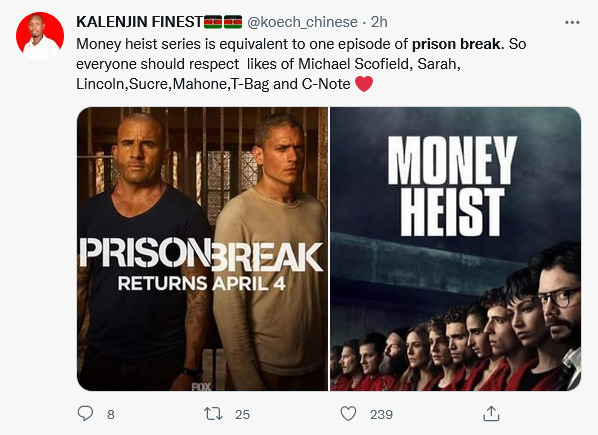 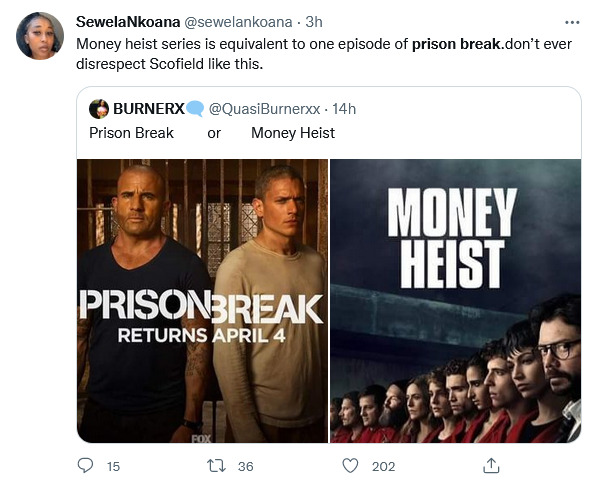 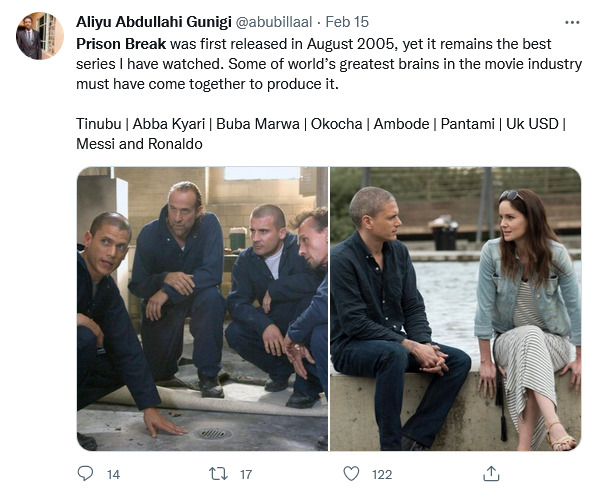 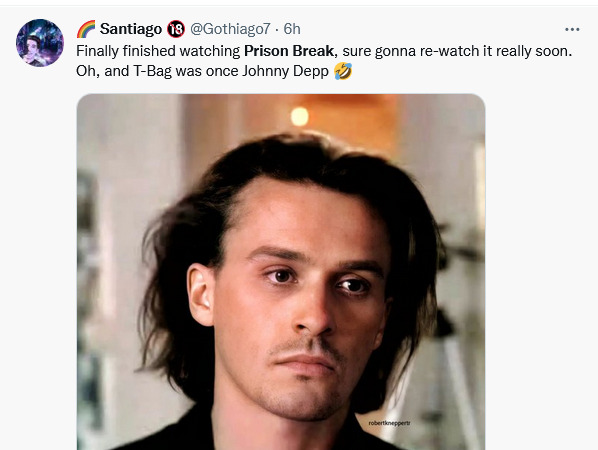 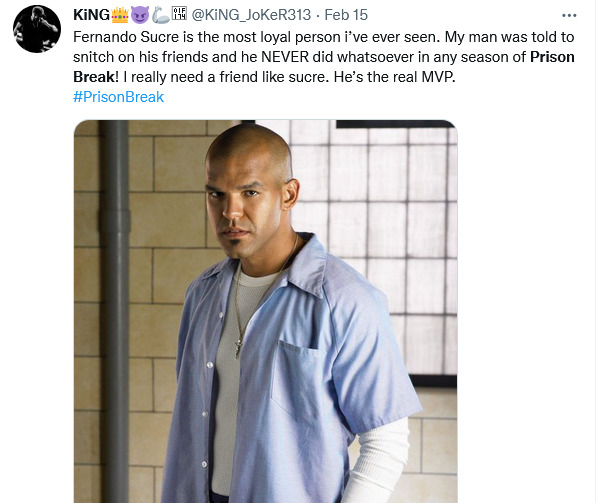 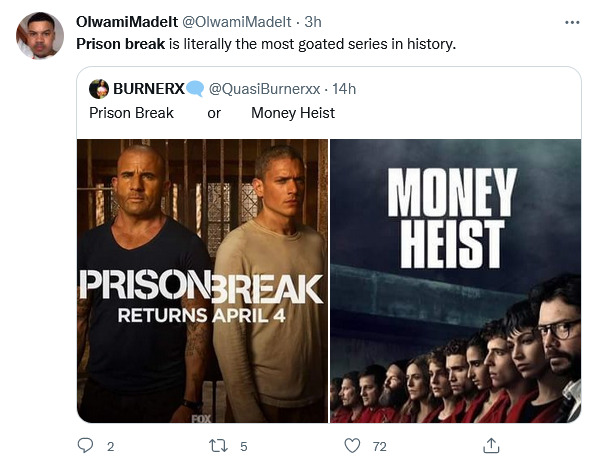 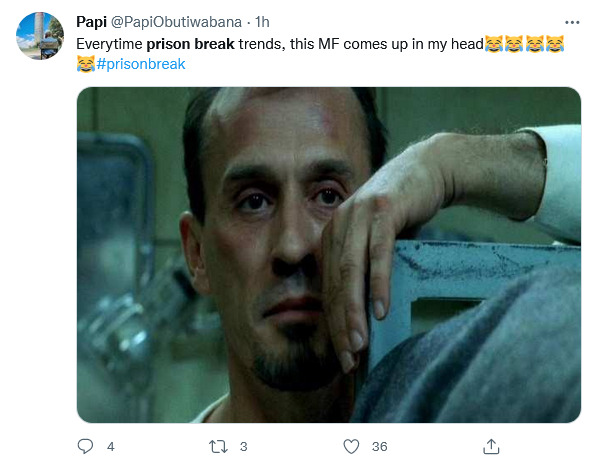 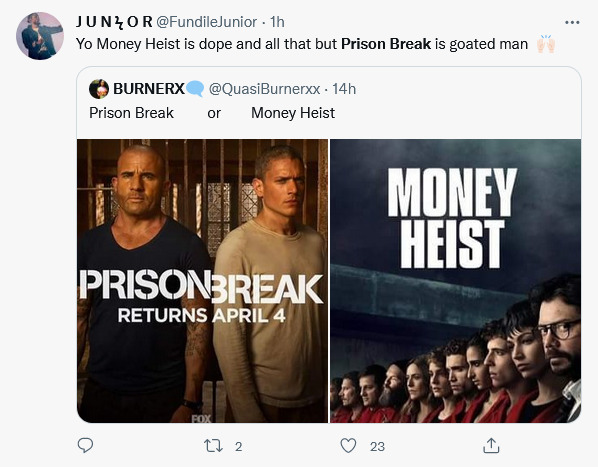 by the way, attempts to film another season of Prison Break hit a break wall, as Michael insisted he’s no longer interested in playing straight characters, and Lincoln insists he won’t feature without Michael.

Tags
Money Heist Prison Break
John Israel A21 February 2022
Back to top button
Close
We use cookies on our website to give you the most relevant experience by remembering your preferences and repeat visits. By clicking “Accept All”, you consent to the use of ALL the cookies. However, you may visit "Cookie Settings" to provide a controlled consent.
Cookie SettingsAccept All
Manage Privacy