Moozlie is gearing to release a new project titled “Spirit Of An OG,” and has just treated fans to the tracklist as well as the cover art.

She shared both on her verified Instagram page, thanking the artistes who elected to work with her on the project, Castle Lite South Africa, the producers and other creative instrumental to the creation of the project. Without them, she said, there’d probably have been no project to share with the world.

Already, from the imminent project, Moozlie has released a couple of tracks, including “Dangerous,” which featured AKA, Pambo, and Da L. E. S. Other artistes who found feature spots in the album include 25k, Maggz, Jae Little and Black Motion. 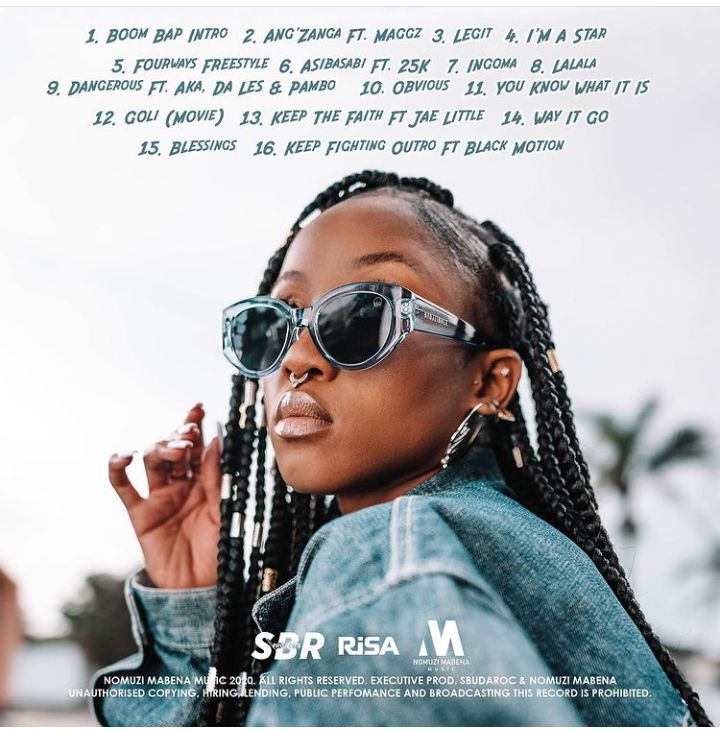 “Spirit Of An OG” houses 16 tracks in all. This body of work is slated for release on 18 December – exactly six days from now.

Spirit of an Og

Of course, we’re going to share the album with y’all on release. So you might want to follow our social media channels, as well as subscribe to our newsfeed, in order to get the album on release.

Have you any expectations regarding the album? You’re welcome to share it with us in the comments below.

Tags
Moozlie
John Israel A Send an email 12 December 2020
Back to top button
Close
We use cookies on our website to give you the most relevant experience by remembering your preferences and repeat visits. By clicking “Accept All”, you consent to the use of ALL the cookies. However, you may visit "Cookie Settings" to provide a controlled consent.
Cookie SettingsAccept All
Manage Privacy