The storm of abuse allegations against him may not have died down completely, but it appears droplets of controversies are still popping on the head of Somizi Mhlongo.

A 2015 video conversation in which Somizi stated he had a crush on “young and vulnerable MacG,” host of the Podcast and Chills With MacG, has gone viral

In the said video, Simizi was a guest on the podcast. MacG had confessed he was broke and depressed around the period he was fired. And Somizi had wondered where he was at the time, adding that he would have pounced on MacG.

The podcast host had clarified that he was straight but Somizi had stated that when a person is vulnerable, as MacG was then, anything goes. 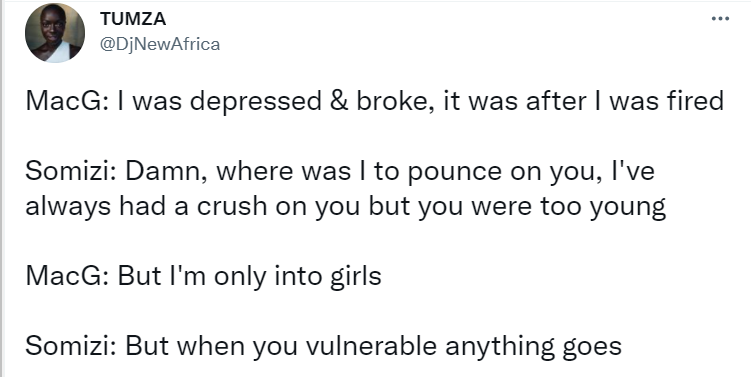 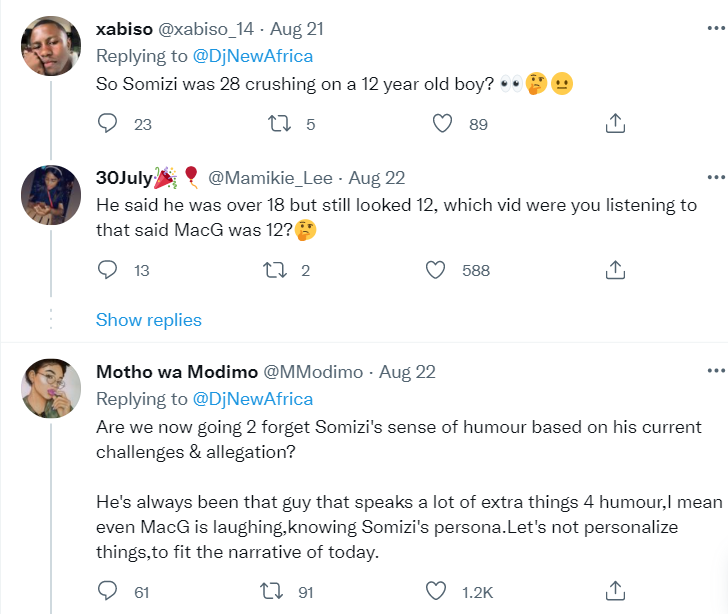 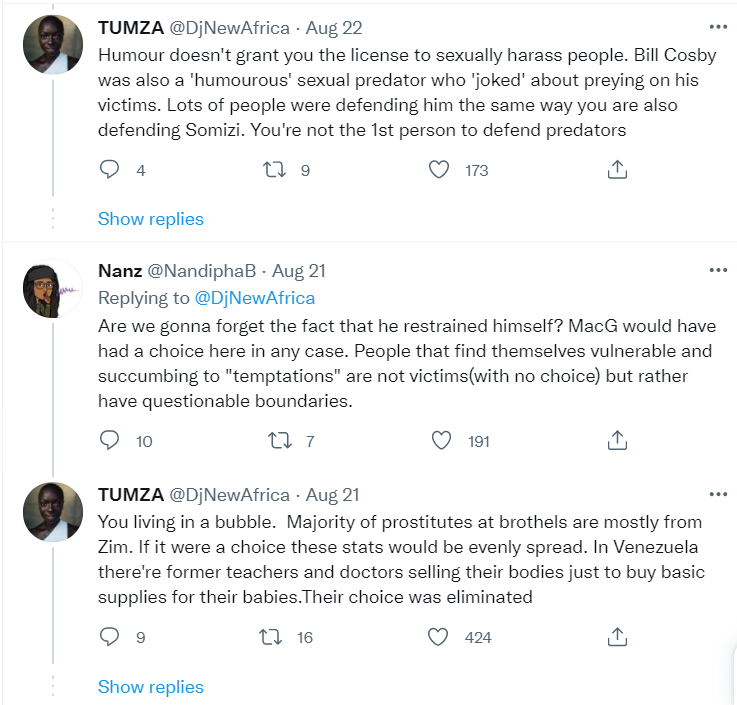 Although the interview is six years old and was apparently done in good humor, South Africans who saw the clip this past week were outraged and some even argued that was how he got Mohale Motaung, who’s currently accusing Somizi of abusing him when they were married. 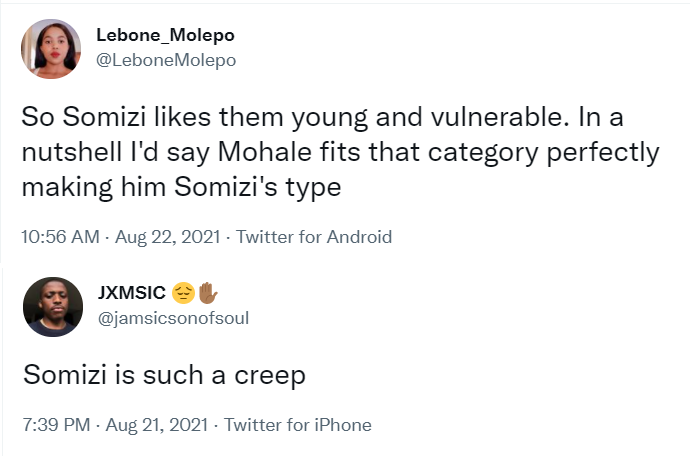 What do you think of Somizi’s words on MacG and the controversy it is currently generating? You’re welcome to join the conversation by dropping your thoughts in the comment section below.

Tags
Somizi
John Israel A Send an email 24 August 2021
Back to top button
Close
We use cookies on our website to give you the most relevant experience by remembering your preferences and repeat visits. By clicking “Accept All”, you consent to the use of ALL the cookies. However, you may visit "Cookie Settings" to provide a controlled consent.
Cookie SettingsAccept All
Manage Privacy