It’s a new week and a time to determine who will take the position of the Head Of Houe (HOH) in Biggie’s house.

Mpho and Gash1 are seriously in the race for it. But Themba had told them that they cannot count on him to win the position. They will have to do that on their own. He knew he owed Libo a favor and wanted to pay it back.

Also, it turns out Mpho and Gash 1 are among the most nominated for eviction. But they happen to dodge the eviction blow each time. This has led to frustration among some viewers of the shower, who wonder out loud why their celebrity faves should be evicted while “little known” housemates continue to dodge eviction every time.

With the season nearing its conclusion, some viewers think Mpho and Gash1 are seriously in the race to win the R2 million prize, with only Themba as their biggest competition.

So di dom kop tse they they can take out Mpho and Gash? The beke le beke twins? 😂😂😂What a joke my darling #BBMzansi pic.twitter.com/GYCNLcbqWt 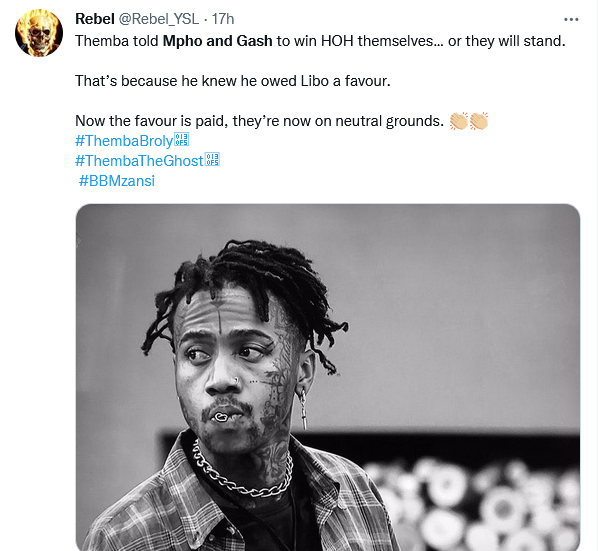 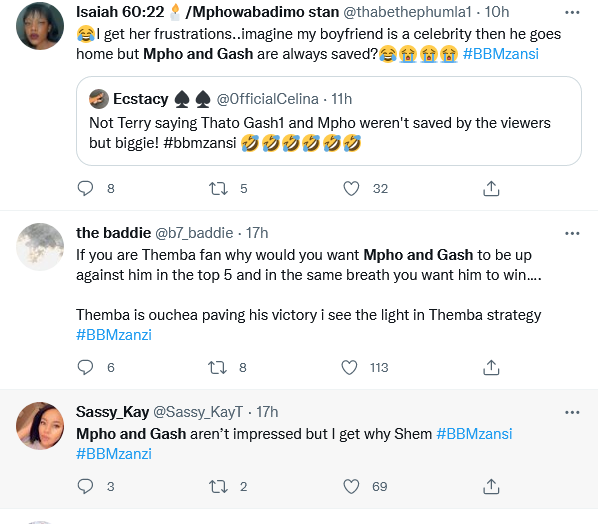 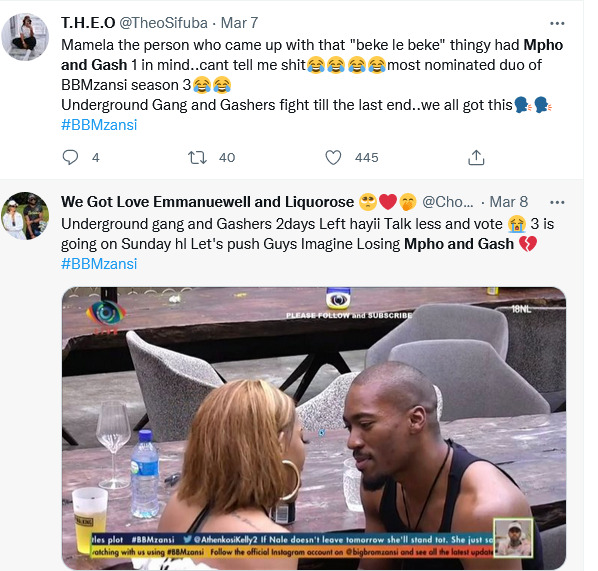 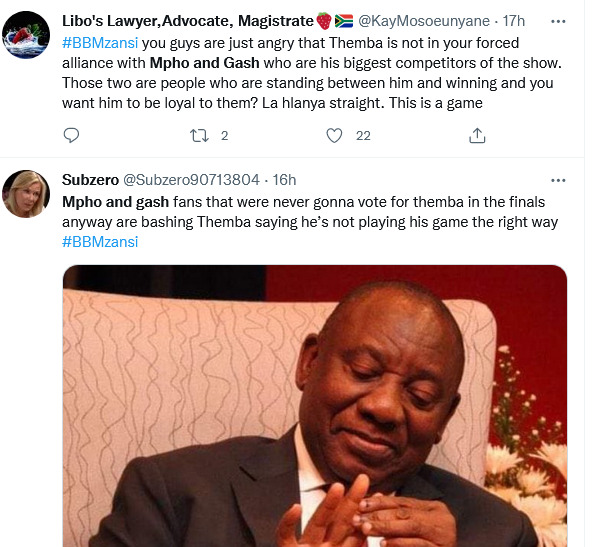 Now in its third season, Big Brother Mzansi has continued to retain the attention of viewers, with fans storming social media every minute to share their thoughts on what’s going on in Biggie’s house.

By the way, the reality show will end soon, and expectations are pretty high on who might emerge winner. Go a guess?

Tags
#BBMzansi Big Brother Mzansi Gash1 Mpho
John Israel A Send an email 15 March 2022
Back to top button
Close
We use cookies on our website to give you the most relevant experience by remembering your preferences and repeat visits. By clicking “Accept All”, you consent to the use of ALL the cookies. However, you may visit "Cookie Settings" to provide a controlled consent.
Cookie SettingsAccept All
Manage Privacy