Young and vibrant South African musicians Mpura and Killer Kau have died according to reports. The two were reportedly involved in a car accident on their way to an event which they were booked to perform. The event was scheduled to take place at Rustenburg.

Killer Kau and Mpura are industry friends and they have been seen together in several events; they also share videos of each other spending time together on their social media pages sometimes. 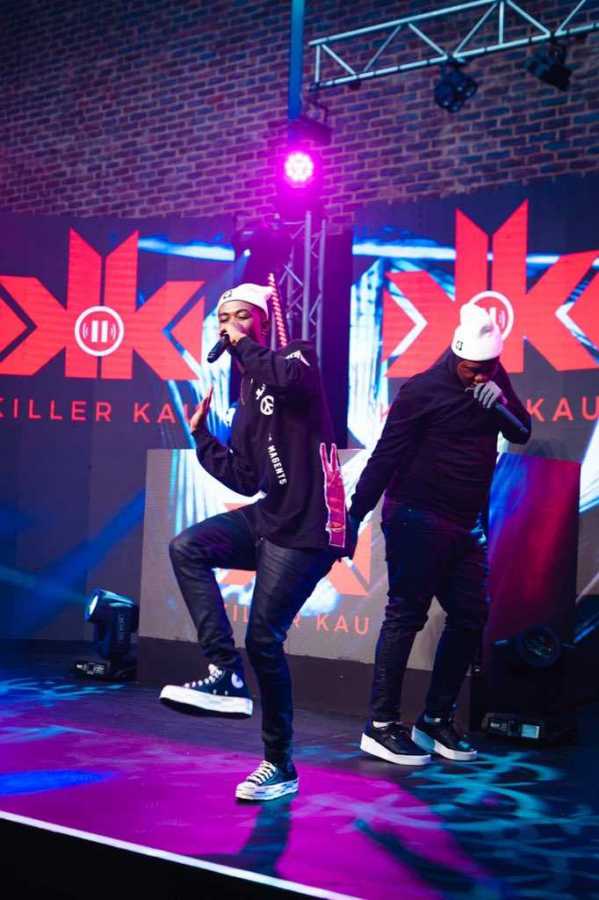 It is also alleged that Kabza De Small was spending time with them the night before they passed away. Kabza De Small, Lady Du and Dj Shimza have taken to social media to share some cryptic tweets which may confirm the death. 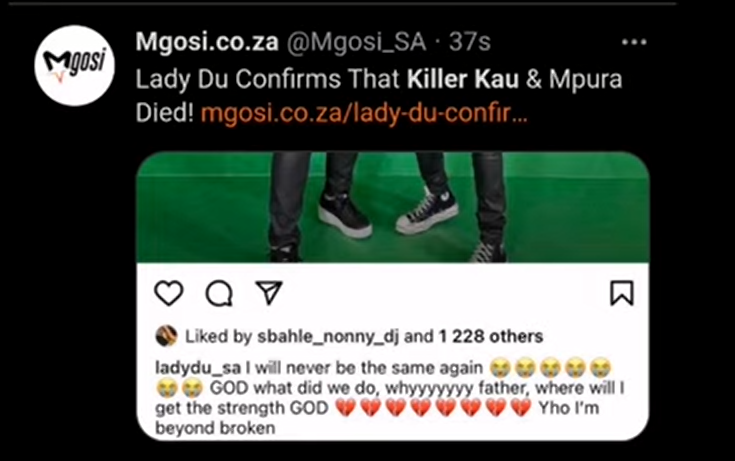 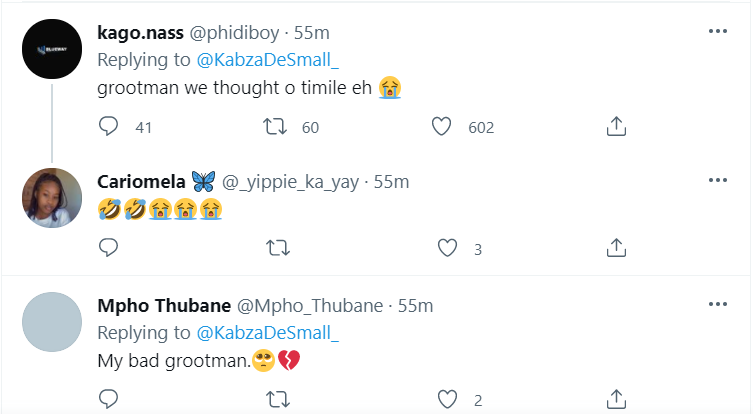 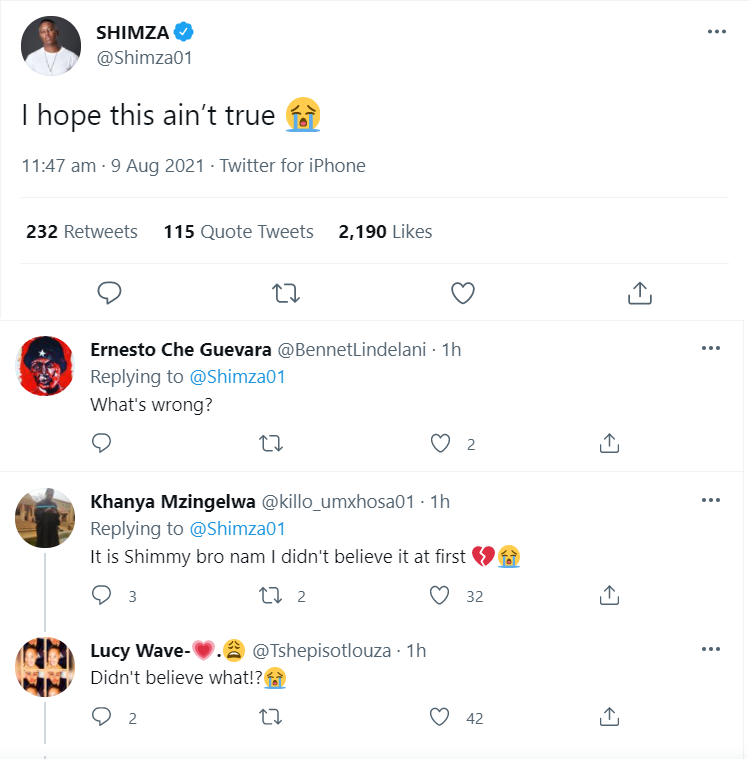 We do not have much information about the story at the moment as this is a developing story.

Killer Kau’s last post on his Instagram page was two days ago, asking fans to vote for him as he has been nominated for the upcoming Amapiano Awards for the Best Collaboration.

Mpura posted a fun video on his page just yesterday, the video sees him dressing up for an even while music played in the background

Killer Kau is having a good time this year already, his song with Mr JazziQ titled Amaneighbour featuring Reece Madlisa, Thackzin Dj & Zuma is one of the biggest Amapiano song released this year

Tags
Killer Kau Mpura
Thato Siyabonga Send an email 9 August 2021
Back to top button
Close
We use cookies on our website to give you the most relevant experience by remembering your preferences and repeat visits. By clicking “Accept All”, you consent to the use of ALL the cookies. However, you may visit "Cookie Settings" to provide a controlled consent.
Cookie SettingsAccept All
Manage Privacy