Mzansi songstress Msaki has announced she will be releasing a new song titled “Blood Guns and Revolutions” this Friday (14 August 2020).

The song will commemorate the Marikana Massacre of 10 to 16 August 2012. The incident has been described as the most legal use of force by the South African security forces since 1976. Nine people were reportedly killed during the massacre.

Msaki, who had given hope to many with her “Rainbow” song featuring K.O., J’Something and Q Twins over a month back, announced the imminent song via her verified Instagram page. She said the song will commemorate the 8th anniversary of the massacre. 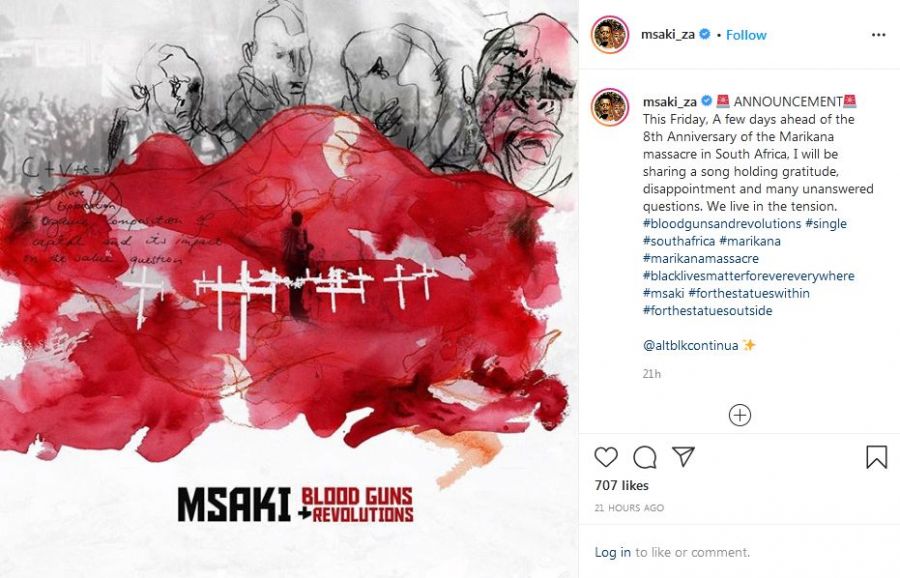 According to her, the song will interweave gratitude, disappointment and unanswered questions. Even if she had not clued us in on what the song is about and what to expect, we would have wholeheartedly looked forward to the song.

For one, as a title, “Blood guns and Revolutions” is intriguing. We can only hope the song will be just as intriguing on release. You wanna keep your eyes peeled for the sun of Friday. We’re gonna share the song right here on release. Stay tuned.

Well, what do you think about the upcoming song? You might want to join the conversation by dropping your thoughts below.