MultiChoice will no longer Broadcast Russia Today (channel 407 on the DStv) network. The company made this known in a recent press statement.

According to MultiChoice, the sanctions imposed on Russia by the European Union has affected the global distribution of the broadcast feed. So, according to the company, until further notice, the channel will not be available.

The announcement of the ceasing of RT broadcast generated mixed reactions from subscribers, and they stormed social media to make their thoughts known to the world.

Some subscribers urged MultiChoice to give them RT or else refund the subscription fee they paid, which covers the channel.

Some subscribers who are sympathetic to Ukraine in the Russia-Ukraine war said they don’t care about the disappearance of the channel, as Russia would merely use that to distribute propaganda around the world.

Some subscribers who are completely unaware of why the channel vanished have been throwing questions all over social media. You can check out some reactions below. 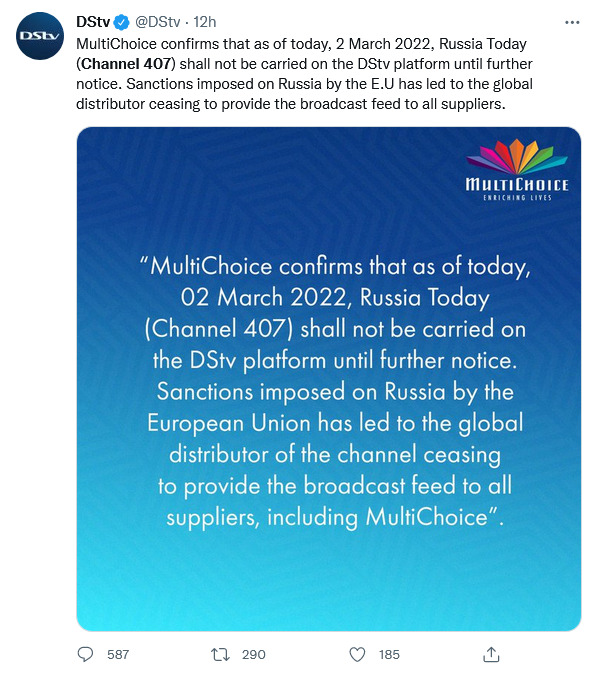 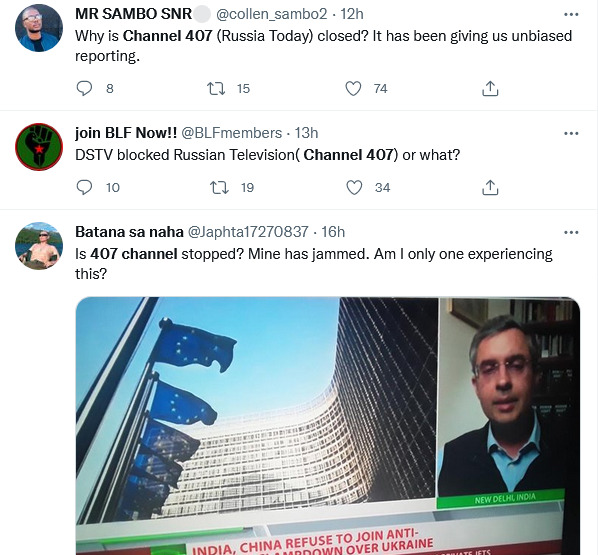 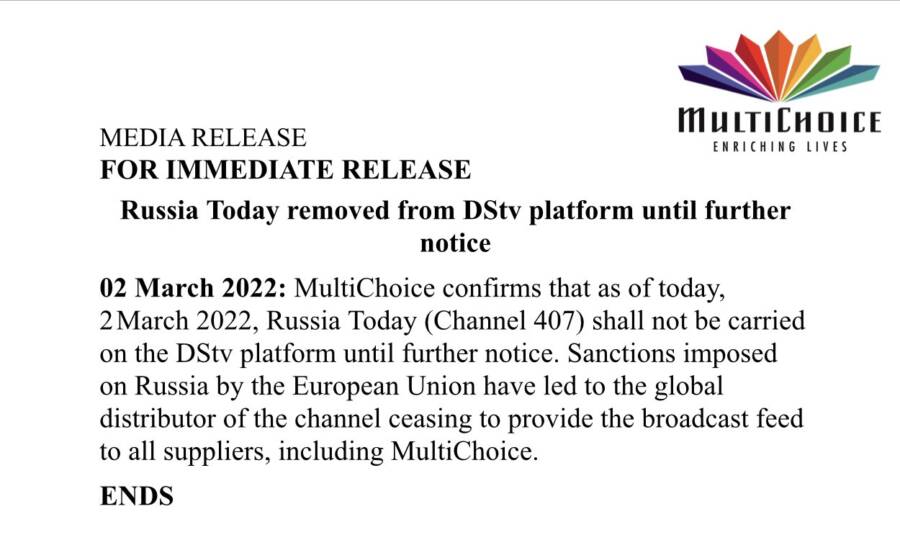 While MultiChoice claimed that the sanctions imposed on Russia by the European Union affected the global distribution of the broadcast fees and led to the ceasing of the broadcast of Russia Today, some sources are claiming that MultiChoice removed channel 407 under pressure from unnamed quarters.

Tags
MultiChoice Russia Today
John Israel A Send an email 3 March 2022
Back to top button
Close
We use cookies on our website to give you the most relevant experience by remembering your preferences and repeat visits. By clicking “Accept All”, you consent to the use of ALL the cookies. However, you may visit "Cookie Settings" to provide a controlled consent.
Cookie SettingsAccept All
Manage Privacy