Asante Mahosan has just turned 5 months old, and her parents are more than happy for the tot. They celebrated her the way they saw fit.

Asante is the product of DJ Zinhle’s relationship with Murdah bongz, one of the two members of the South African band Black Motion. She’s gotten into a relationship with the songster soon after her second breakup with AKA. Asante followed. And now she’s 5 months old.

Thrilled with the journey they have made with their little princess so far. The couple celebrated her by sharing about the milestone on their Instagram pages. DJ Single wished her daughter a happy 5th month anniversary in a post to her Instagram Story. 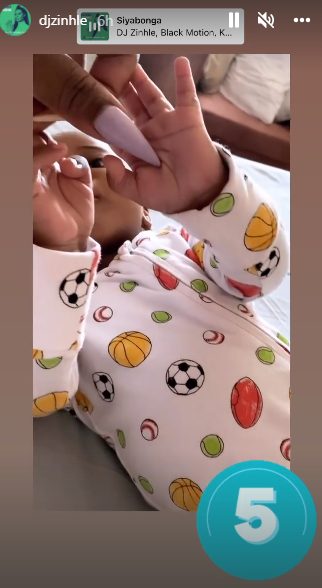 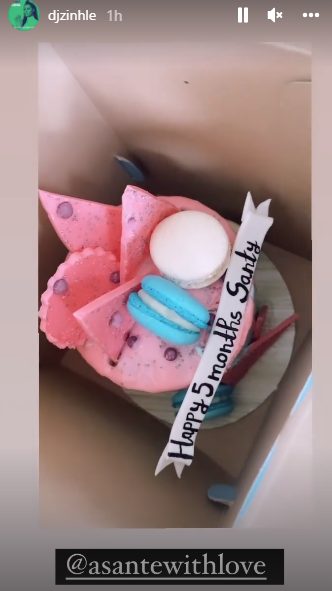 For his part, Murdah Bongz shared a clip on his main page, wishing his daughter a happy 5th month. You can check out the post below.

DJ Zinhle’s relationship with Murdah Bongz has been of great interest to the public, and some of her fans are of the view that he’s the man she should have dated all along and not AKA -who’d jilted her twice.

Interestingly, DJ Zinhle recently revealed in one of the episodes of her reality show that Murdah Bongz had proposed to her. But marriage is not part of her plans at the moment.

Tags
Asante DJ Zinhle Murdah Bongz
John Israel A Send an email 9 February 2022
Back to top button
Close
We use cookies on our website to give you the most relevant experience by remembering your preferences and repeat visits. By clicking “Accept All”, you consent to the use of ALL the cookies. However, you may visit "Cookie Settings" to provide a controlled consent.
Cookie SettingsAccept All
Manage Privacy