The music industry is in mourning following the announcement of the sudden death of Jamal Edward. He was 31.

Jamal was the founder of SBTV, a platform that was instrumental to the rise of several music careers, including Jessie J and Dave.

Until his death, he was an ambassador for the Prince Trust, a charity headed by Prince Charles. He was ultimately honored with an MBE title.

The news of his death sent shockwaves across the music industry, with organizations and individuals alike sending condolence messages to his family and sharing what impact he made before his passing.

Jamal was apparently a Chelsea fan, for the London side tweeted their grief about his passing, noting he was an inspiration to many and that the team was honored he was part of them.

Adam Deacon tweeted that he was heartbroken on hearing of the death of his “good friend Jamal Edwards.”  He described his late pal as one of the nices and humblest bloke he knows in the industry. You can check out the tweet below. 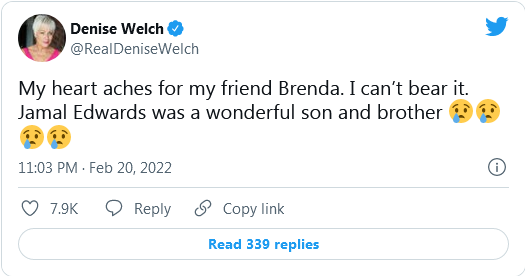 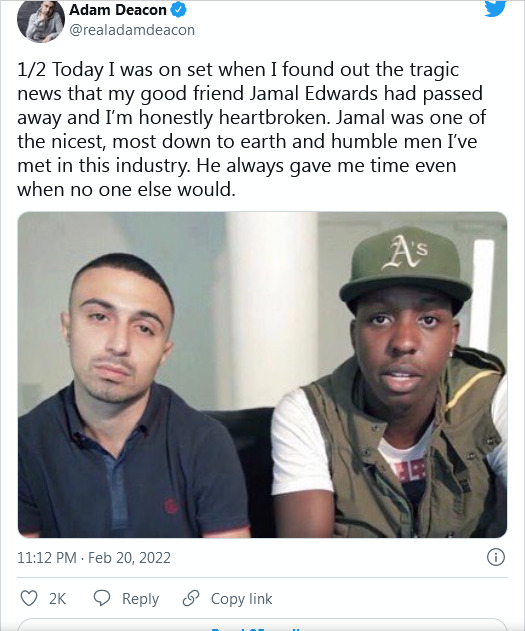 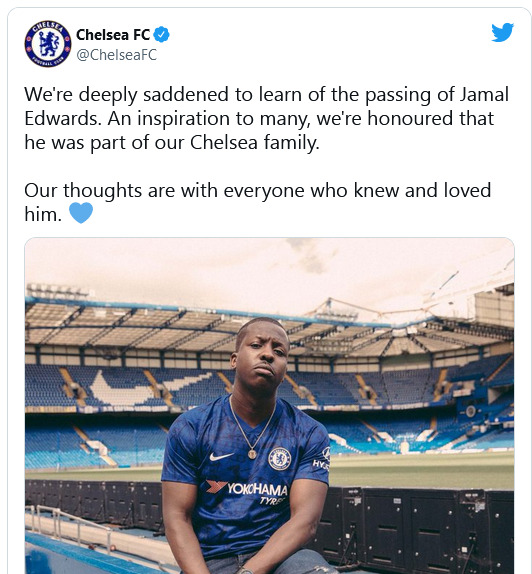 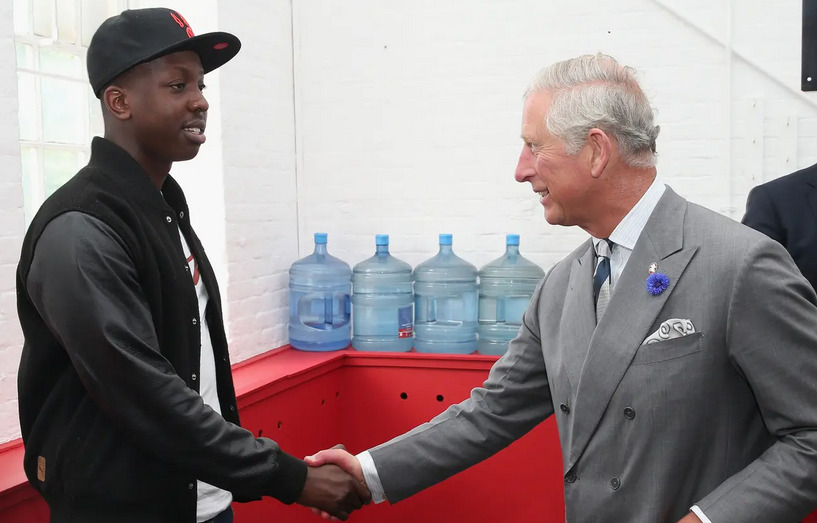 The cause of death has not been officially announced by his family, but the reactions so far indicate that Jamal touched many lies before his death. Adieu, champ!

Tags
Jamal Edwards USA
John Israel A Send an email 21 February 2022
Back to top button
Close
We use cookies on our website to give you the most relevant experience by remembering your preferences and repeat visits. By clicking “Accept All”, you consent to the use of ALL the cookies. However, you may visit "Cookie Settings" to provide a controlled consent.
Cookie SettingsAccept All
Manage Privacy