We doubt that there is any SA Hip Hop act who hasn’t dropped new music this year. In fact, some have released multiple tracks since the beginning of the year. Of course, popular SA Hip Hop rapper, MusiholiQ is in that category.

We have seen a number of dope releases from him this year, and we are excited to hear there’s more on the way. Some of the songs that he’s released include “Inkinga”, “Complicated” produced by Mustard Beatz and “All”. We must confess that all his releases this year have been top notch.

Taking to his Instagram page, he announced the upcoming release of his next single. He titles it “Porshe”. He also revealed that it features contributions from rising rapper, Seazy XXL. Although he is yet to reveal a release date for the song, it is obvious that it might be close. 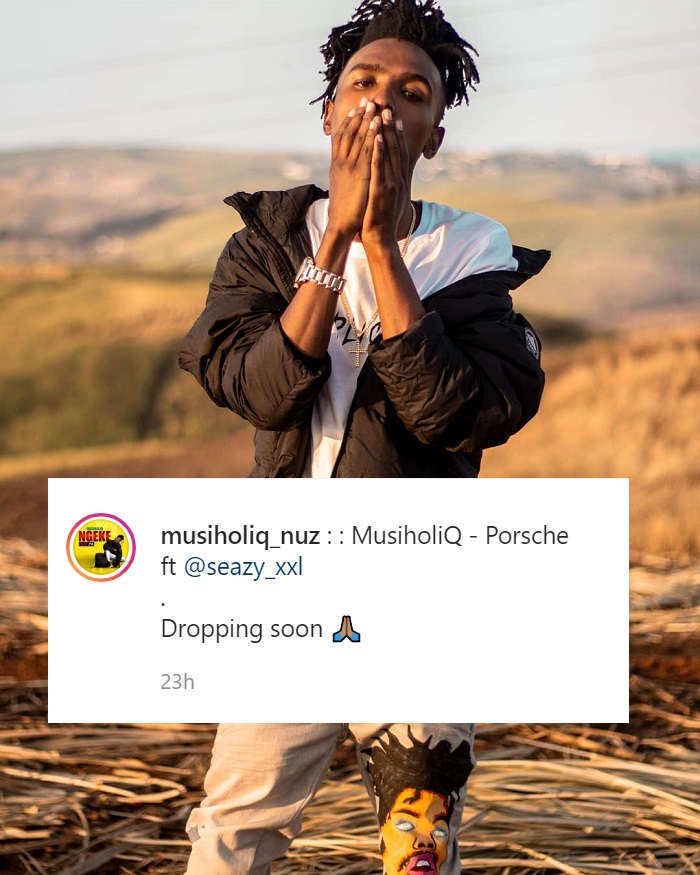 Tags
MusiholiQ Seazy XXL
John Jabulani Send an email 11 August 2020
Back to top button
Close
We use cookies on our website to give you the most relevant experience by remembering your preferences and repeat visits. By clicking “Accept All”, you consent to the use of ALL the cookies. However, you may visit "Cookie Settings" to provide a controlled consent.
Cookie SettingsAccept All
Manage Privacy