K.O opens up about his brand and how he has had to work harder to prove his worth, and says his brand is not based off of “controversy and hype.

If we listed some of the long standing rappers in Mzansi, K.O would be somewhere in that list. We all can’t deny that the “Run Jozi” rapper has stuck around for a long while and continues to put in work to be one of Mzansi’s hardworking rapper.

Sadly, some people still treat him like he’s not at the top yet. His recent tweet proves that he knows why that is. According to him, he has had to work harder than most to prove his worth. He also stated a fact, that his brand is not based off of controversy and hype. While he’s known for just his music and entrepreneurship, he says he’s content with that. A big shout out to him. 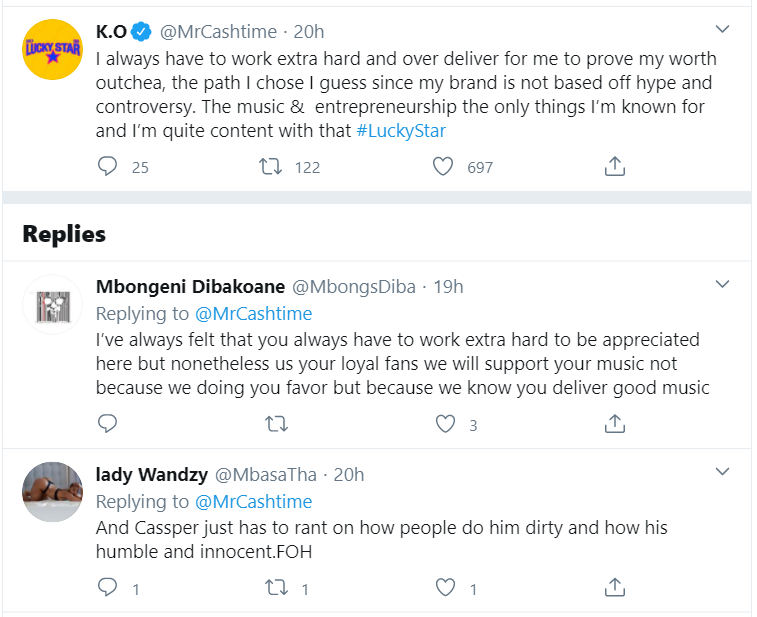