Speedsta says his next record is bigger than Mayo as he hints at being in the studio with Zoocci Coke Dope.

Hip Hop is hype, and hype is Hip Hop. Some can back it up, while others, not so much. Yes, Hip Hop DJs also rely on the hype to sell Records and broaden their fan base.

Everyone knows DJ Speedsta has been successful in the SA Hip Hop scene since he emerged. His biggest single to date is “Mayo” featuring Yung Swiss, Tellaman, Shane Eagle and Casino. However, the Hip Hop star believes his upcoming song will be much bigger than it.

In recently shared tweets, he hinted at being in the studio with Zoocci Coke Dope, dubbing him a “genius”. He also proclaimed himself the best selling Hip Hop DJ in the country, and said he only competes with the artists. He revealed that his upcoming joint will be massive and might be his biggest record yet. 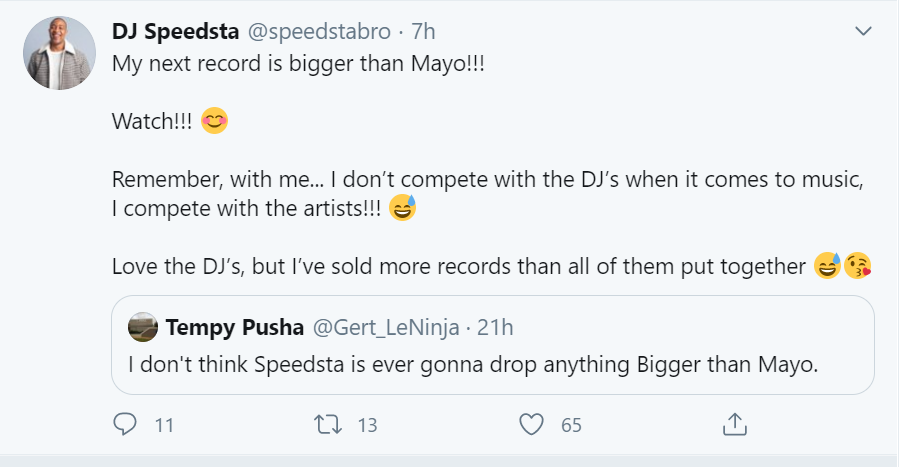