“Jerusalema” crooner Master KG has got Mzansi talking after claiming that popular Venda singer Makhadzi is his wife. That’s not all, the pair shared a kiss on stage, further cementing his verdict.

But some fans are not impressed. And they are already saying that he’s taking advantage of Makhadzi so that he could revive his “waning” career.

Master KG and Makhadzi had dated previously and then broken up quietly. But Master KG only revealed about the breakup at a time Makhadzi’s fans thought “inappropriate” because she was trending for her outstanding performance on the Lockdown house party circuit.

Anyway, both Makhadzi and Master KG had started seeing different people. Apparently, they still had a thing for each other. They quietly linked up again, giving subtle hints that they’re back together.

The hints are no longer subtle, as the celebrated singer called Makhadzi his wife on Facebook and on stage. For some watchers of their relationship, the biggest hint was when Master Kg and Makhadzi shared a kiss on stage. 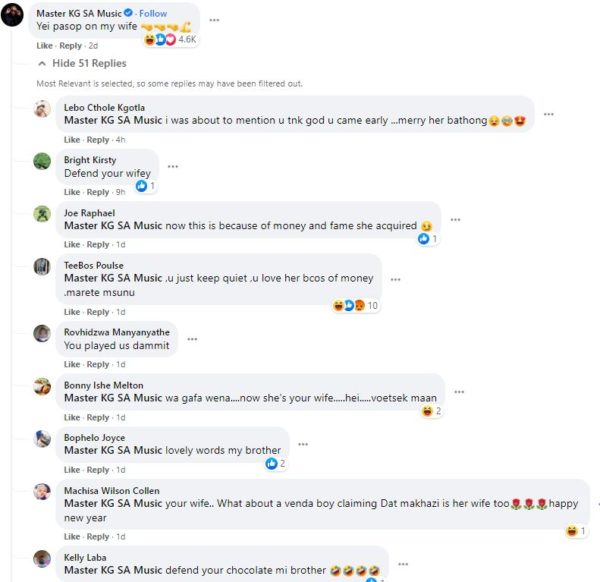 Master KG refers to Makhadzi as his 'wife' during their live performance. pic.twitter.com/8qzyBdvCPX

Some of Makhadzi’s fans are not having this, though. They criticize Master KG as taking advantage of Makhadzi now that she’s more popular in South African music, with gigs pouring like rain. Master KG said otherwise. 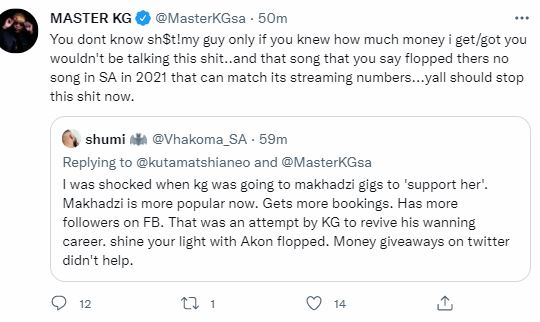 Tags
Makhadzi Master KG
John Israel A Send an email 4 January 2022
Back to top button
Close
We use cookies on our website to give you the most relevant experience by remembering your preferences and repeat visits. By clicking “Accept All”, you consent to the use of ALL the cookies. However, you may visit "Cookie Settings" to provide a controlled consent.
Cookie SettingsAccept All
Manage Privacy