Zola 7 is still in the spotlight and it’s not because of a new kwaito hit he’s released but because the public is concerned about his health and financial standing.

The kwaito veteran is reportedly ill and in need of financial assistance. And according to some of his admirers, this much was amplified a few days ago when a clip popped online showing him looking frail.

As a result, many of his admirers are banding together to raise funds for him to not only take of his medical bills but to see to it that he starts living well again.

Zola 7 is suffering from epilepsy (his own words). It was so bad at some point that he lost control of the car he was driving and crashed it. Ultimately, he made the decision never to drive again.

And while the public is concerned for him – especially so given the current spate of deaths in the industry – the songster has made it clear there’s really no cause for alarm.

Instead, in post on social media, he’d dismissed claims of serious financial challenges, urging people not to believe everything they hear on social media. 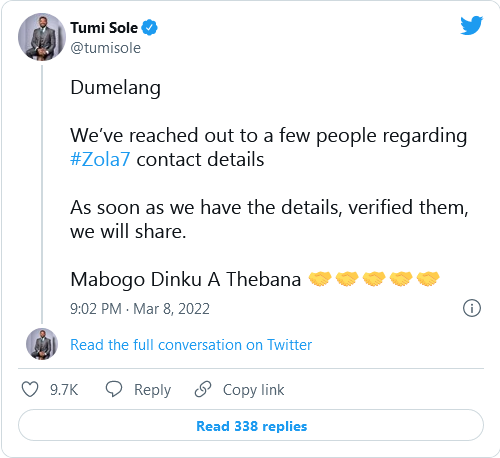 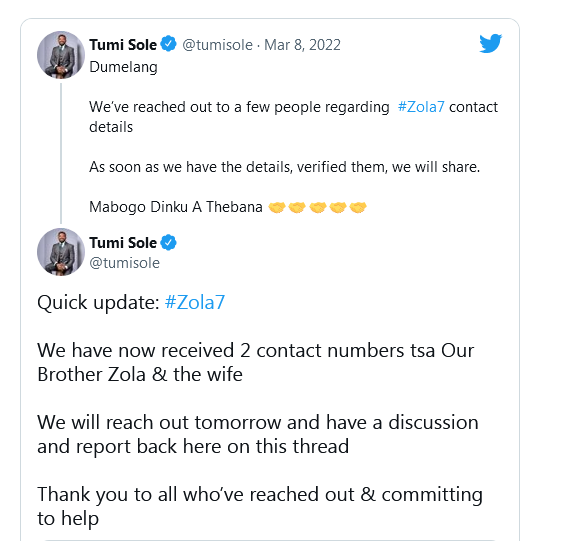 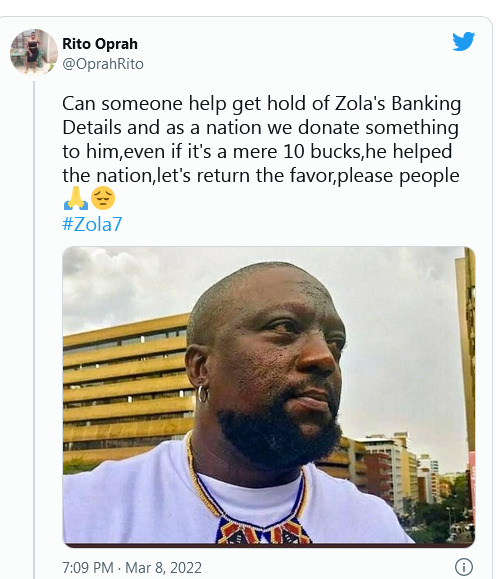 All the same, fans are determined to help. And they’re asking for his account details.

Tags
Zola 7
John Israel A Send an email 10 March 2022
Back to top button
Close
We use cookies on our website to give you the most relevant experience by remembering your preferences and repeat visits. By clicking “Accept All”, you consent to the use of ALL the cookies. However, you may visit "Cookie Settings" to provide a controlled consent.
Cookie SettingsAccept All
Manage Privacy