In 2018, actress Lerato Moloi claimed that Comedian Mongezi “Tol Ass Mo” Mahlangu raped her when they were working together on a project in 2014. The case had dragged on since then.

Ths month, however, the comedian was cleared of the rape allegations against him. With his new victory, he is aiming to cut a pound of flesh from those who had “falsely” accused him of raping the actress years ago. 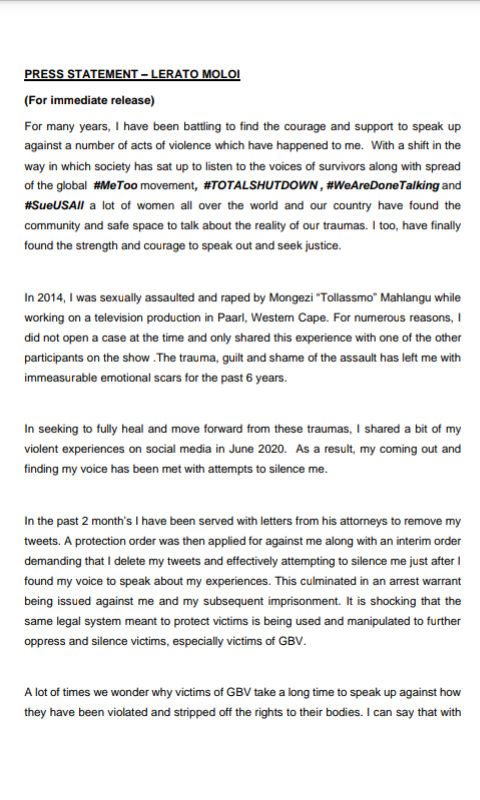 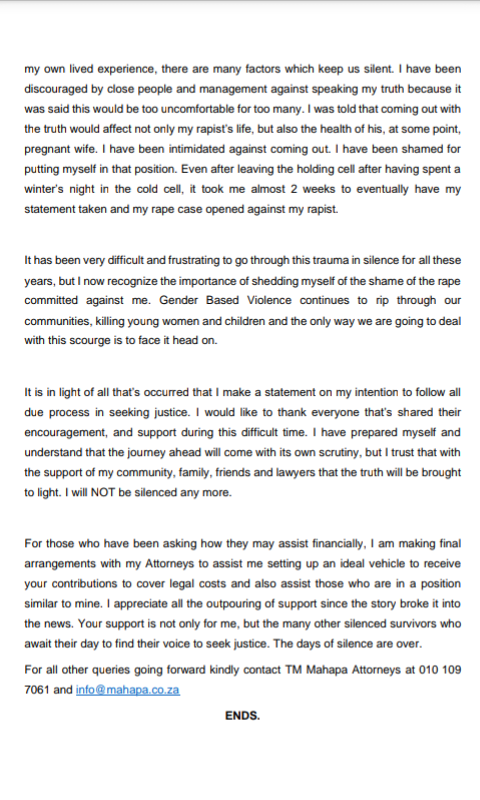 The comedian is now set to file charges of defamation of character against the actress and seek legal costs for what he incurred pursuing the case against the actress, including loss of income. The argument is that many brands refused to deal with him after she accused him of raping her. 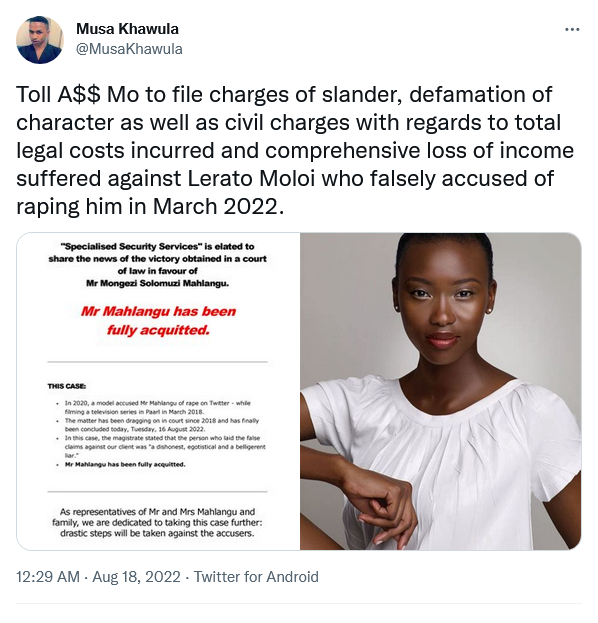 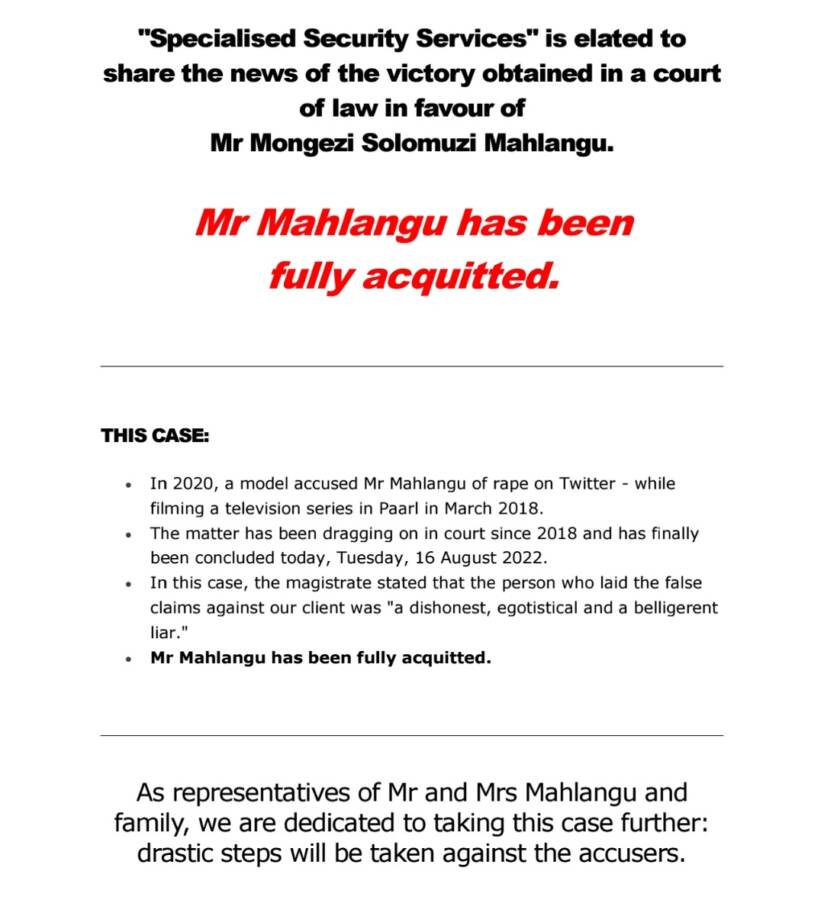 The plan to sue the actress has divided South Africans, with some social media users calling the comedian a rape apologist and insisting that, although he might have been acquitted, they still believed her story that he raped her.

Rape is one of the major problems plaguing South Africa. Often grouped into GBV or gender-based violence, incidents of rape happen daily in South Africa, leaving many claiming that South African women are under siege.

It remains to be seen if Mahlangu’s defamation case will fly in court.

Tags
Lerato Moloi Tol Ass Mo
John Israel A Send an email 19 August 2022
Back to top button
Close
We use cookies on our website to give you the most relevant experience by remembering your preferences and repeat visits. By clicking “Accept All”, you consent to the use of ALL the cookies. However, you may visit "Cookie Settings" to provide a controlled consent.
Cookie SettingsAccept All
Manage Privacy