The “Zulu Man With Some Power” Nasty C is set to appear on the Ellen DeGeneres Show, one of the biggest shows in the world.

The songster is excited about the upcoming appearance. Taking to Twitter after his appearance was confirmed on the show, the songster had urged his fans to let the world know what’s imminent. He’d also thanked the host for inviting him on the show.

Nasty C’s excitement is shared by South Africa, his country of provenance.

The excitement is explainable: Nasty C would be the first South African rapper to be on the show – a milestone for a rapper who is yet to turn 30. 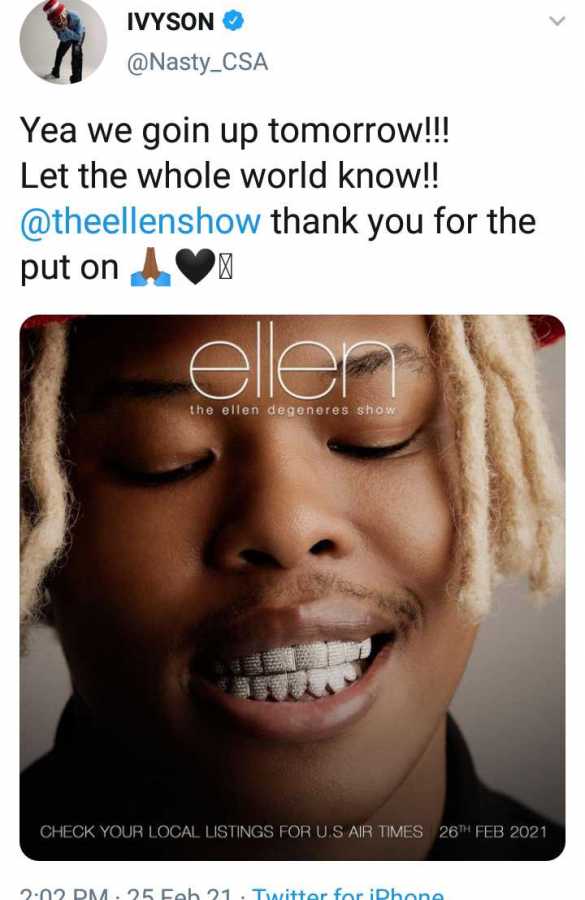 On the show, Nasty C would perform “Black and White,” a collaborative song with America’s Ari Lennox and one of the track in his “Zulu Man With Some Power” album.

By the way, the said track is also part of the soundtrack on the imminent Coming 2 America movie. Also, it isn’t the first time he’d featured on an American TV show. He’d previously featured on Late Night With Seth Meyers (2020).

What do you think of Nasty C’s imminent appearance on the Ellen DeGeneres Show? You may want to join the conversation by dropping your thoughts in the comment section.