Prince Kaybee is confident in his charms and his ability to get the ladies swooning over him. And he’s not afraid to say so.

In a recent tweet, the “Fetch Your Life” singer had shared a photo of him, stating in the caption that he’s the favourite thug of people’s girlfriends.

The ladies in the comments clearly loved the picture. But it rubbed the blokes the wrong way, and they fired shots at the post, making it clear that their ladies either don’t know him or don’t fancy him at all. 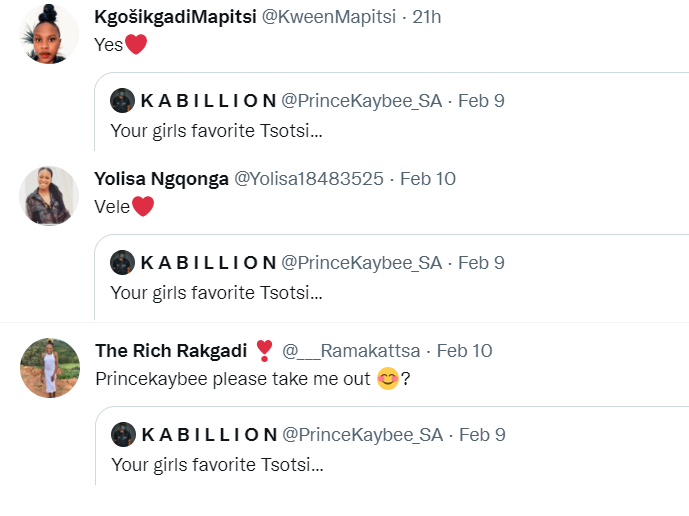 One Twitter user contemptuously dismissed Prince Kaybee’s claims, noting his girl doesn’t want the “Hosh” hitmaker and that the songster was most likely dreaming. You can check out the controversial post below. 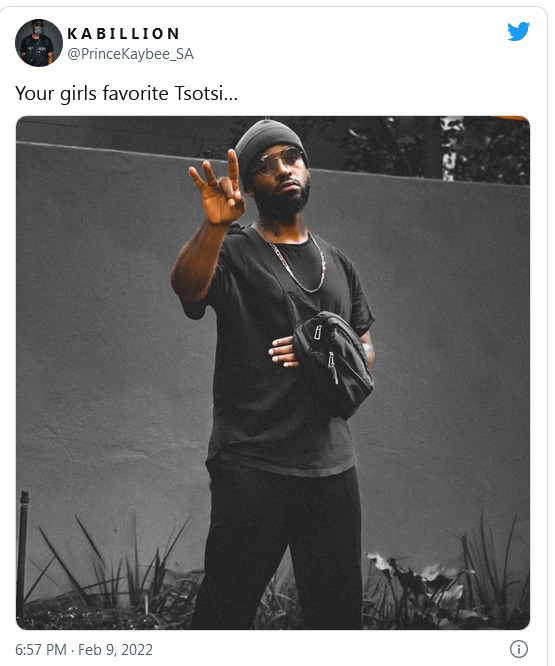 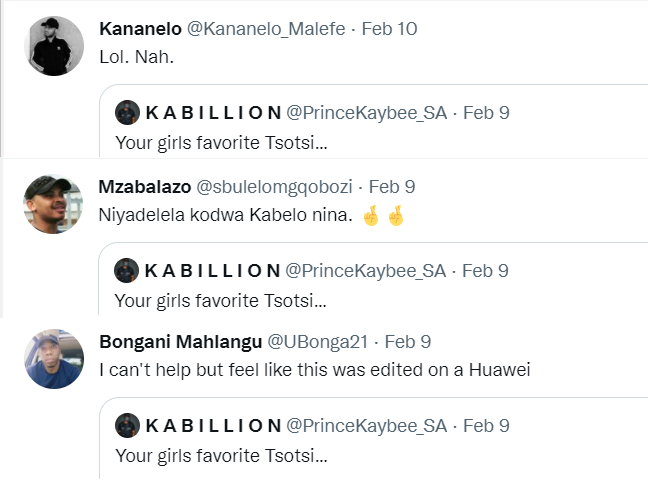 Unlike 2021, when his nudes surfaced online and threw his name on the list of infamy, Prince Kaybee is having a jolly 2022. The year had started on a good note, and if all should go well, the songster should release a minimum of 12 songs this year.

Yeah. He’d promised to release one song every month until December. So far, he’s released a song with IDD Aziz, and another is planned for later this month. Stay tuned.

Tags
Prince Kaybee
John Israel A Send an email 11 February 2022
Back to top button
Close
We use cookies on our website to give you the most relevant experience by remembering your preferences and repeat visits. By clicking “Accept All”, you consent to the use of ALL the cookies. However, you may visit "Cookie Settings" to provide a controlled consent.
Cookie SettingsAccept All
Manage Privacy