Emtee has started the New Year with gun smoking. Yeah. Always one to speak his mind, the Emtee Records boss had popped a question in the direction of fellow muso.

Depending on where you choose to look it, the question the songster asked could be taken for a lapse in humor or whatever.

Since Focalistic popped on the music scene in South Africa, he’d adopted the title President ya Straata, which translates to “President of the street.” But Emtee is no impressed by the “Ke Star” hitmaker’s adoption of that title.

So when Cocslistic tweeted his street creds, Emtee popped in the comments, asking what street the songster was president of. You can check out the tweet below. 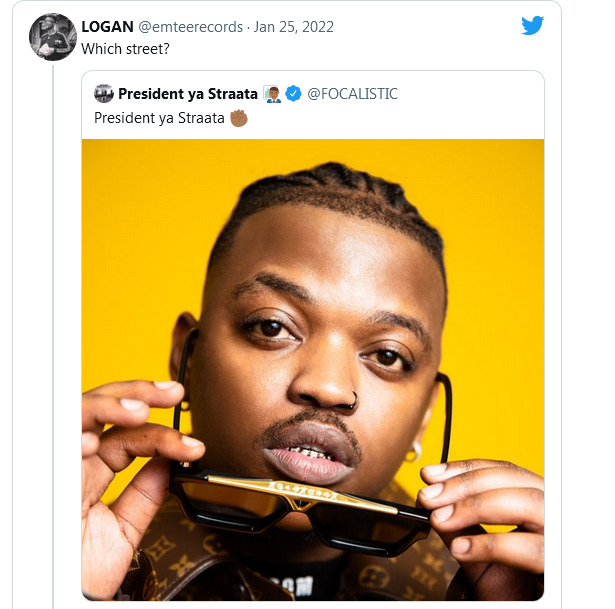 While Emtee’s question amused a lot of people including this writer, there were those who took the question too seriously and asked him not to start a new drama online.

To those Emtee is adamant he’s merely asking a question and peeps shouldn’t start shit now. 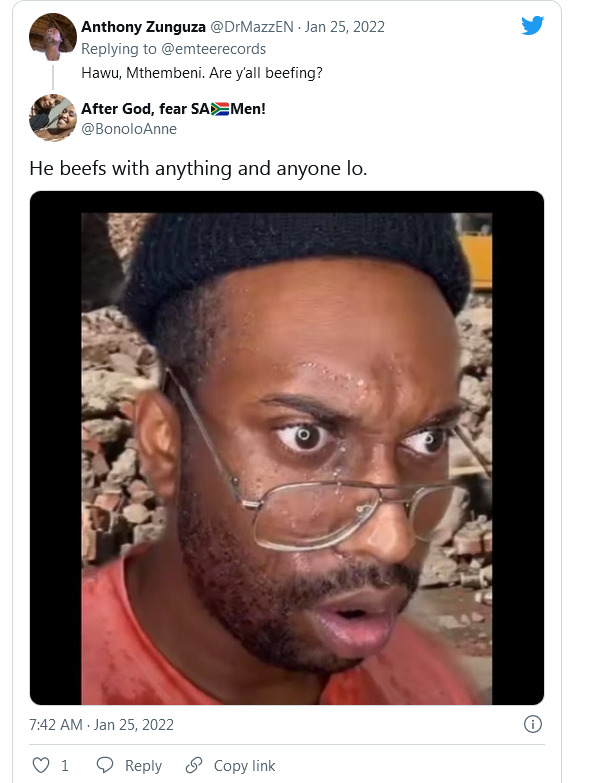 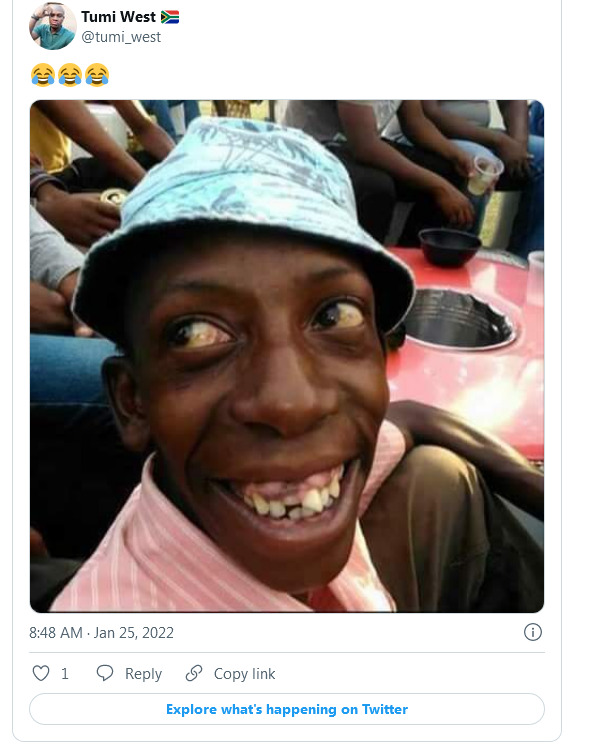 So far, Focalistic hasn’t responded to Emtee’s question. A response should determine what follows. If he should say nothing, then the drama might die as soon as he started. Well, y’all gotta stay tuned for what might follow.

Tags
Emtee Focalistic
John Israel A Send an email 25 January 2022
Back to top button
Close
We use cookies on our website to give you the most relevant experience by remembering your preferences and repeat visits. By clicking “Accept All”, you consent to the use of ALL the cookies. However, you may visit "Cookie Settings" to provide a controlled consent.
Cookie SettingsAccept All
Manage Privacy