Ami Faku, Msaki, Lady Zamar and Simmy are among the visible and loved faces in South African music. But who is the favorite of them all, if Mzansi were to pick?

That question was thrown at South Africans recently by a Twitter user with the handle @_masheba. The post has been liked over 2k times, retweeted 191 times, and quoted over 500 times.

It was a completely mixed bag. Some of the respondents pointed out that Msaki is number one on the list. Some gave reasons for their choice while others merely mentioned her name.

Some respondents picked Simmy as their favorite, citing their qualities to back up their choice. For others, Lady Zamar is at the top of the league and they would attend her concert instead of the concert of the others on the list.

And yet, some thought the Vth Season singer Ami Faku was the top lady on the list. Some respondents rejected all the ladies on the list, though. The contrarians are still out there.

If Ami Faku, Simmy, Msaki & Lady Zamar had their concerts on the same night… which one are you attending? pic.twitter.com/f4bmCCfTLy 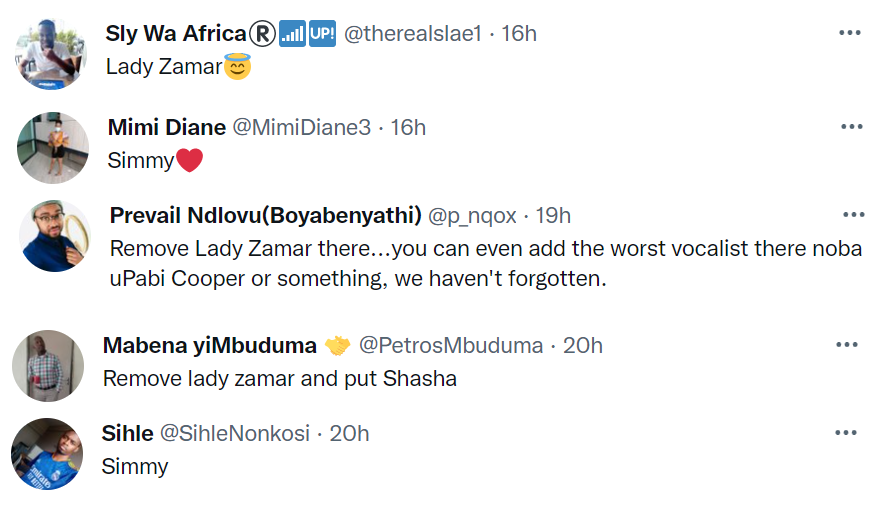 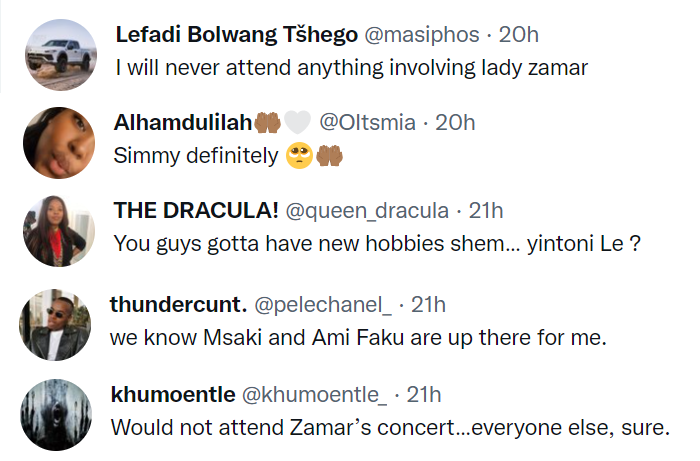 well, we readily admit that the singers on the list are pretty good and can hold their own any day and anywhere, too. Also, having favorites in no way means the favorited are the best out there.

Tags
Ami Faku Lady Zamar Msaki Simmy
John Israel A Send an email 7 January 2022
Back to top button
Close
We use cookies on our website to give you the most relevant experience by remembering your preferences and repeat visits. By clicking “Accept All”, you consent to the use of ALL the cookies. However, you may visit "Cookie Settings" to provide a controlled consent.
Cookie SettingsAccept All
Manage Privacy