South Africans woke up one morning to find out that DStv channel 198 is no longer available on all packages on the network. And they do not have it.

The decision to remove the channel, which is unarguably one of the most popular right now thanks to the ongoing reality show, sparked outrage among South Africans. Many of them called on the network to store the channel.

One aggrieved viewer joked that when Biggie announced there would be eliminations last Sunday. She wasn’t aware that the Big brother Mzansi housemates would be eliminated but viewers themselves.

One viewer lamented that he now has to watch Big Brother Mzansi on Twitter, “wasting” his data in the process. You can check out some responses below. 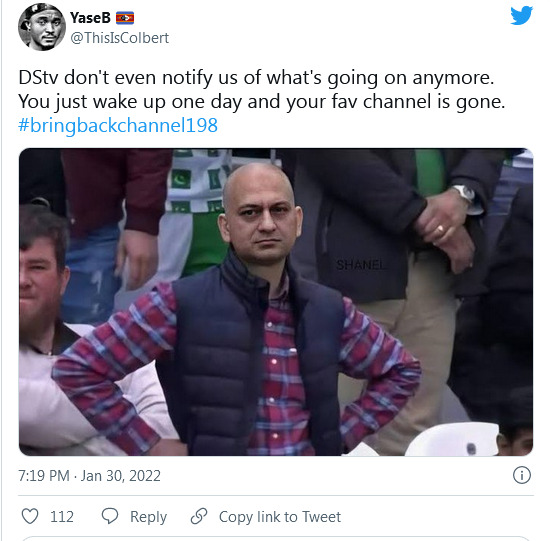 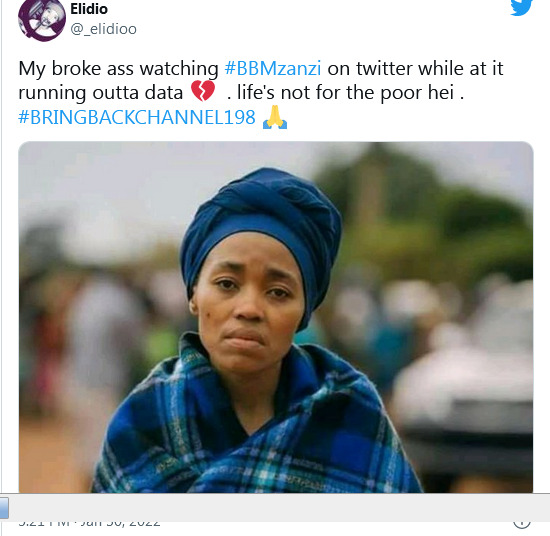 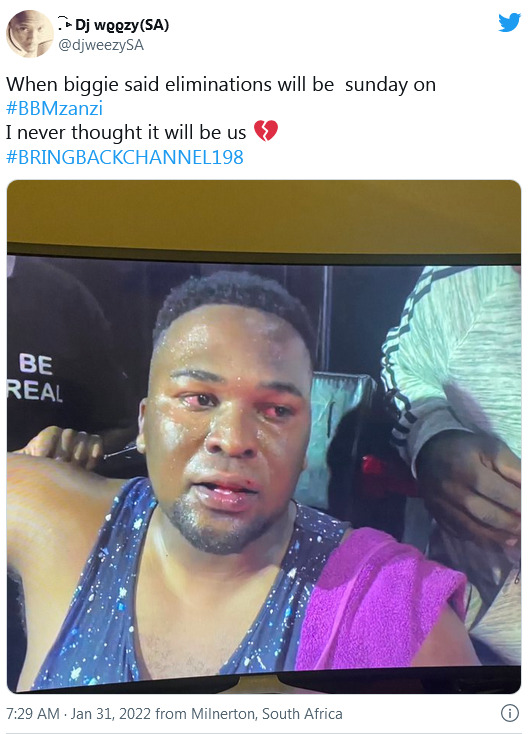 At the time of writing, DStv had not restored the vanished channel, nor had it commented about plans to restore it. It would be interesting to see how the network responds to the aggrieved viewers.

We are following the story and will share more details as they drop. So do well to subscribe to our newsfeed, follow our social media channels, and stay tuned for updates.

Tags
#BBMzansi Big Brother Mzansi
John Israel A Send an email 31 January 2022
Back to top button
Close
We use cookies on our website to give you the most relevant experience by remembering your preferences and repeat visits. By clicking “Accept All”, you consent to the use of ALL the cookies. However, you may visit "Cookie Settings" to provide a controlled consent.
Cookie SettingsAccept All
Manage Privacy