A-Reece is not one to make bold claims all over the place, but the bold claims have been pouring with ease recently, the most recent being him saying he’s the best rapper in Africa.

He made the claim in a tweet earlier today, May 11. Last we checked, the tweet has been liked over 17k times.

While the likes might appear to affirm his claim, they still did not cover up the opposing voices, which are just as loud.

The rapper Big Xhosa responded to the tweet, noting that A-Reece can’t possibly be the best rapper in Africa while he, Big Xhosa, is alive. This may not come as a surprise for Big Xhosa fans, as the songster had given himself just two years to be more relevant than Canadian rapper Drake. 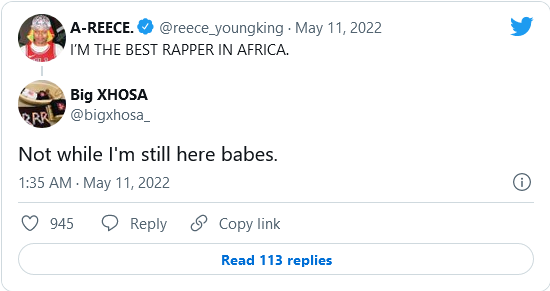 Chris Excel, the de facto president of Mzansi black Twitter, dropped a scathing reply suggesting that The Boy Doing Things is the best rapper only to weed smokers. (A-Reece smokes weed and is a proponent of its legalisation). 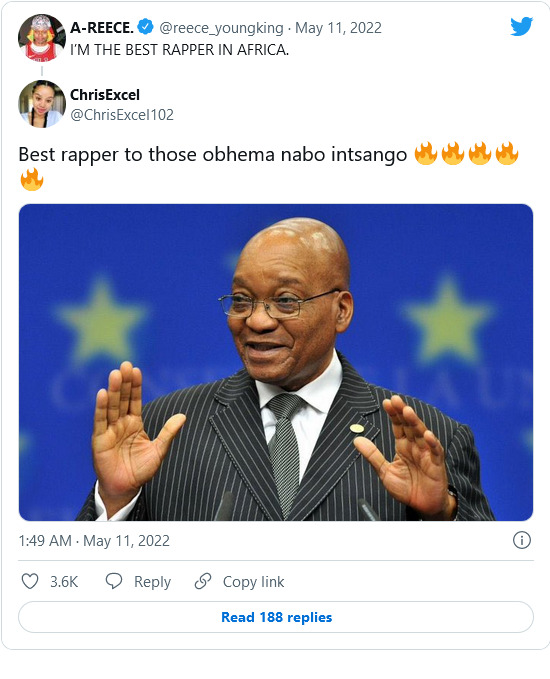 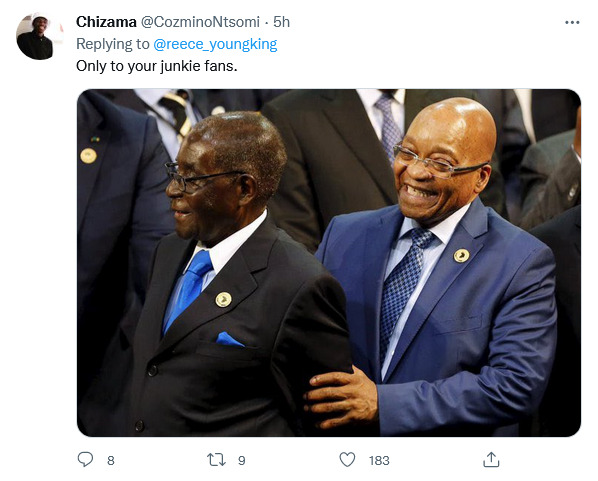 Another fan laughed at the claim, sharing an image of Nasty C, A-Reece’s rival, seemingly suggesting that the “Zulu Man With Some Power” is actually better than the “Paradise” rapper. But is he? 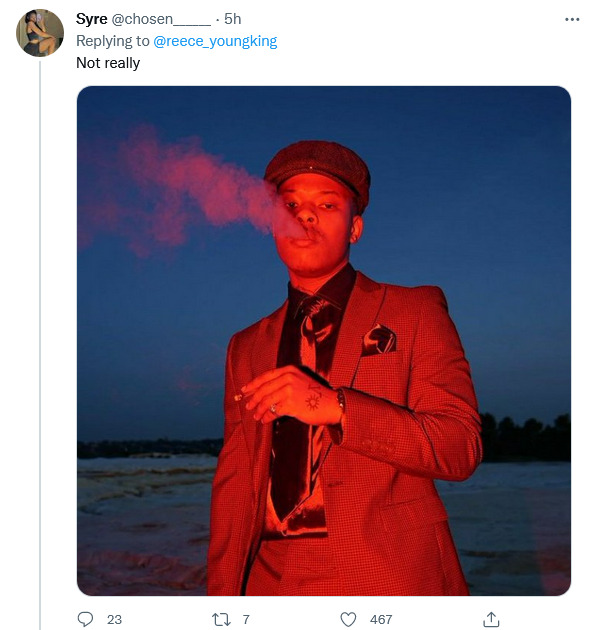 Tags
A-Reece
John Israel A Send an email 11 May 2022
Back to top button
Close
We use cookies on our website to give you the most relevant experience by remembering your preferences and repeat visits. By clicking “Accept All”, you consent to the use of ALL the cookies. However, you may visit "Cookie Settings" to provide a controlled consent.
Cookie SettingsAccept All
Manage Privacy