Television personality Anele Mdoda has sparked passionate discussion in South Africa after she tweeted about the violence that broke out at Hoërskool Jan Viljoen in Johannesburg.

Angry parents were said to have protested outside the school amid claims by pupils that racism was rife in the school. This drew the attention of the member of the executive council (MEC) for Gauteng Education Panyaza Lesufi and sh visited the place.

Anele Mdoda, famous for always speaking her mind, intervened in the fracas in a series of tweets.

In her tweet, she noted that if kids are not okay going to school with black kids, they should pack their stuff and leave South Africa. As far as she’s concerned, the days of negotiating with racists are over.

She’s adamant a 12-year-old knows no hate and could only have been taught to hate by their parents. And if a kid should spill racist slurs, according to her, the parents of that kid will be held accountable. You can check out the tweets below. 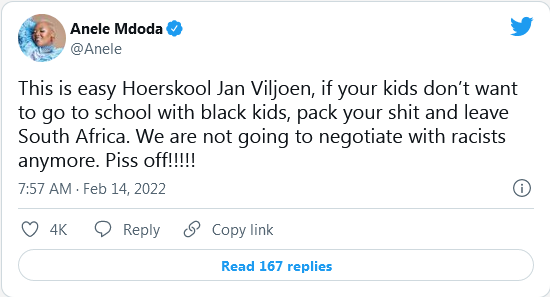 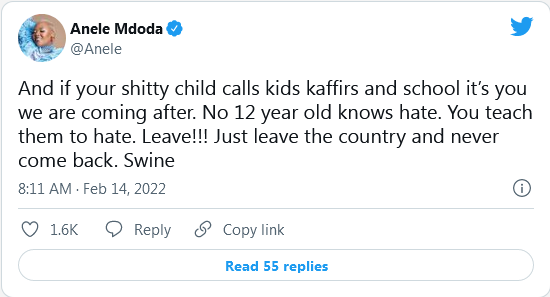 We are outside #HoërskoolJanViljoen in Randfontien. MEC Panyaza Lesufi is expected to visit. There was a fight on Friday that was apparently racially motivated. Black & coloured parents are standing on one side while whites parents are on the other side pic.twitter.com/YhfjFYWSSK 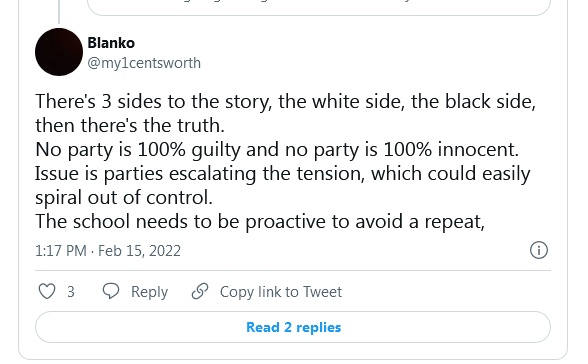 South Africa battled racism for decades and the issue is understandably touchy to this day. Right now, most people want to forget the terrors of apartheid and forge a common bond.

Tags
Anele Mdoda
John Israel A Send an email 16 February 2022
Back to top button
Close
We use cookies on our website to give you the most relevant experience by remembering your preferences and repeat visits. By clicking “Accept All”, you consent to the use of ALL the cookies. However, you may visit "Cookie Settings" to provide a controlled consent.
Cookie SettingsAccept All
Manage Privacy