At this rate, it appears that there’s hardly a day when South Africa’s transport minister isn’t under fire for his failure of leadership – one way or the other. If he isn’t being blasted for potholes, e’s being condemned for something else.

This time, though, the minister is facing severe backlash for being insensitive and flying to Qatar when he should have popped into somewhere – Pongola in South Africa, where 21 reportedly died in a horrific crash in the KwaZulu-Natal area.

Of the 21 people killed in the accident, 19 were kids aged between five and 12.

Amid the tragedy, the minister had flown to Qatar and announced his trip in a tweet. Then the missiles started flying, with many South Africans condemning him for flying abroad when he should have popped into the community where the accident happened and done the needful.

Among those who have lashed out at the minister so far is the businesswoman, Bonang Matheba, who’s never afraid to call out political officer holders when she feels they are not doing enough. In her tweet, she denounced the minister as tone-deaf sn said he and others should have cancelled the Qatar trips. 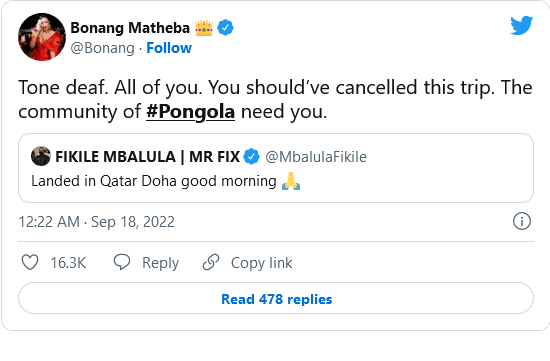 Others shared similar sentiments, which you can check out below.

BREAKING NEWS: ALLEGEDLY MINISTER "FIKILE MBALULA" ONLY RESPONDS QUICKLY TO "CELEBRITIES" WHEN THEY POST ROAD "ANOMALIES"…ALLEGEDLY HE WAS TOLD ABOUT THE "PONGOLA" ROAD BUT "MIZED" IT! pic.twitter.com/vTMqRzDPmR 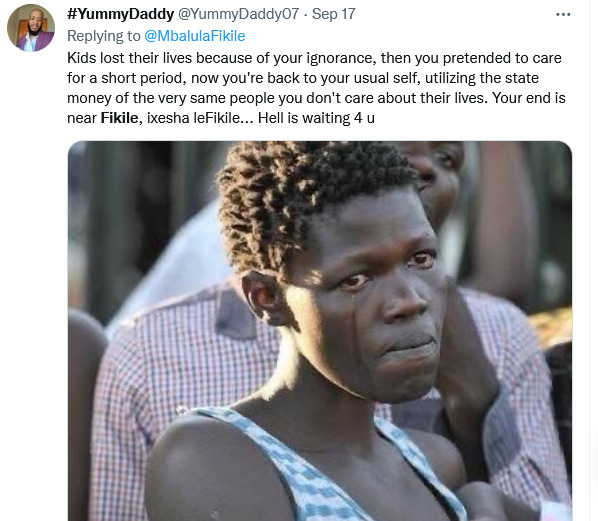 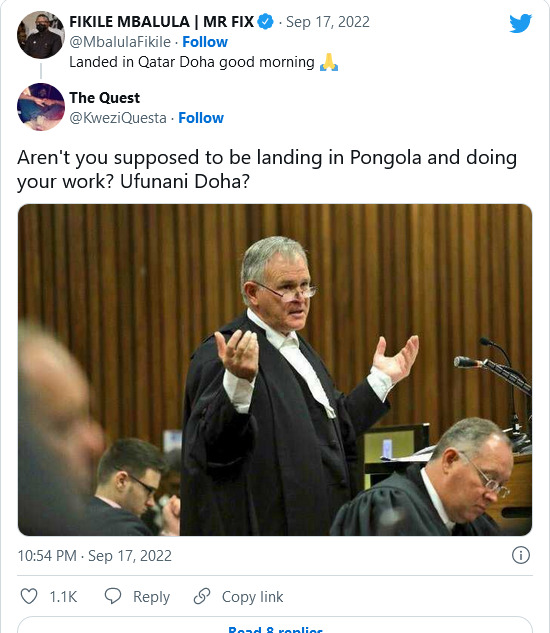 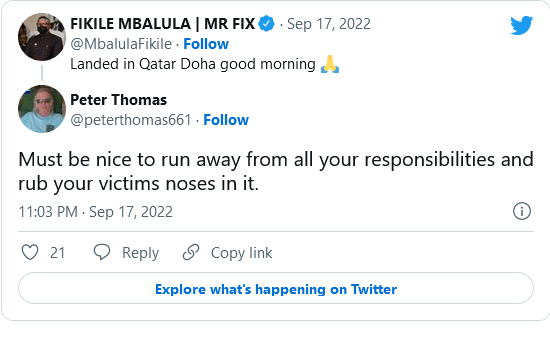 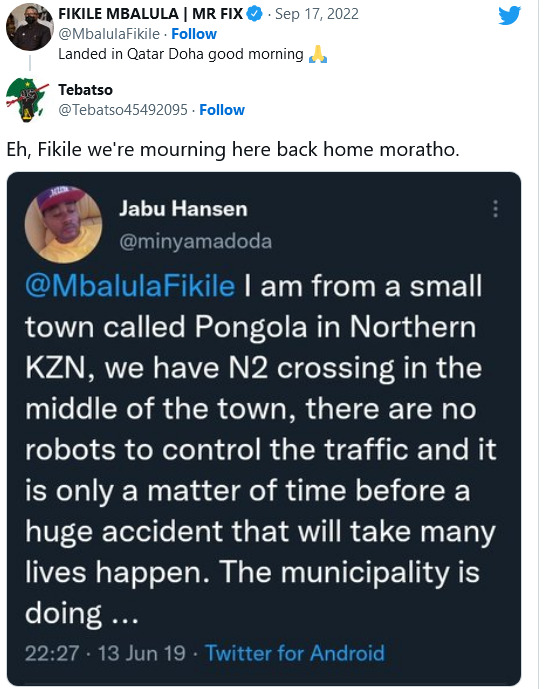 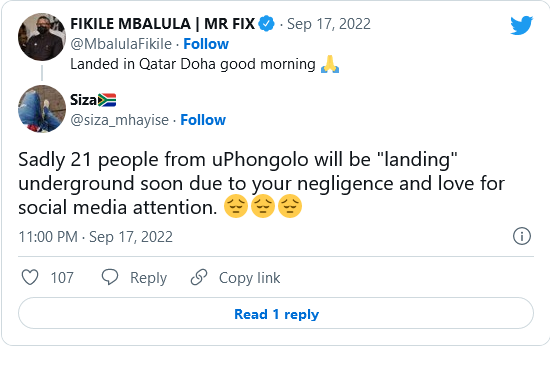 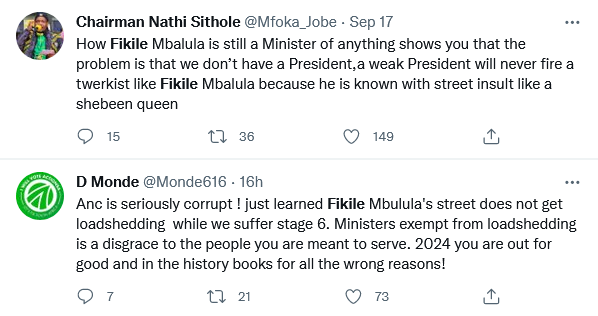 Tags
Minister Fikile Mbalula
John Israel A Send an email 19 September 2022
Back to top button
Close
We use cookies on our website to give you the most relevant experience by remembering your preferences and repeat visits. By clicking “Accept All”, you consent to the use of ALL the cookies. However, you may visit "Cookie Settings" to provide a controlled consent.
Cookie SettingsAccept All
Manage Privacy