November came on Monday, exactly two days ago, and so did a new season of the popular South African soapie Giyani: Land of Blood.

There were a couple of additions to the cast and fans were not only surprised but expressed the same on social media. Of particular interest to fans was that the snap of a wedding dress Rami Chuene had posted on Instagram a while back was actually taken from the set of the flick.

At the time she posted the wedding dress, many had thought she had gotten hitched for life. Well, sis was only acting in a flick she was bold to be in. 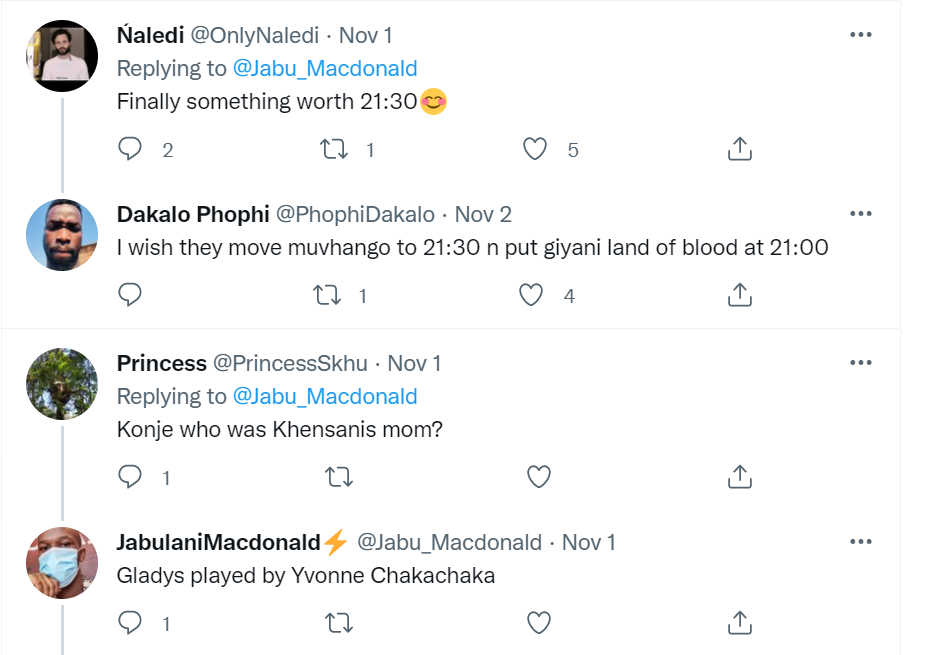 The previous season of the show, which has Yvonne Chaka Chaka and Ndivhuwo Mutsila among the cast, ended with some questions unanswered. And fans were optimistic the new season would not only be great but would answer a lot of questions too.

Well, it remains to be seen if the new season of the show will command as much following as the previous one.

Giyani: Land of Blood, an SABC2 series created by Tshedza Pictures, started airing back in 2019. Since then, it has managed to build an impressive fan base, with many across Mzansi and beyond looking forward to new episodes of the show.

Tags
Giyani Land of Blood Rami Chuene
John Israel A Send an email 3 November 2021
Back to top button
Close
We use cookies on our website to give you the most relevant experience by remembering your preferences and repeat visits. By clicking “Accept All”, you consent to the use of ALL the cookies. However, you may visit "Cookie Settings" to provide a controlled consent.
Cookie SettingsAccept All
Manage Privacy