Not long ago, celebrated disc jockey and producer Prince Kaybee informed fans that he’d acquired a vineyard. He also made it clear he’d now be producing his own wine, Milani—named for his youngest son.

It’s been months and months of planning and execution, and now the songster is happy to announce to the world that’s he’s done, and his wine is available for purchase by members of the public.

In a tweet via his verified Instagram channel, the songster announced that the Milani wine brand is now available for purchase via their online store. He noted he’s excited about it all while thanking those working on the farm to make the dream possible. You can check out his post below. 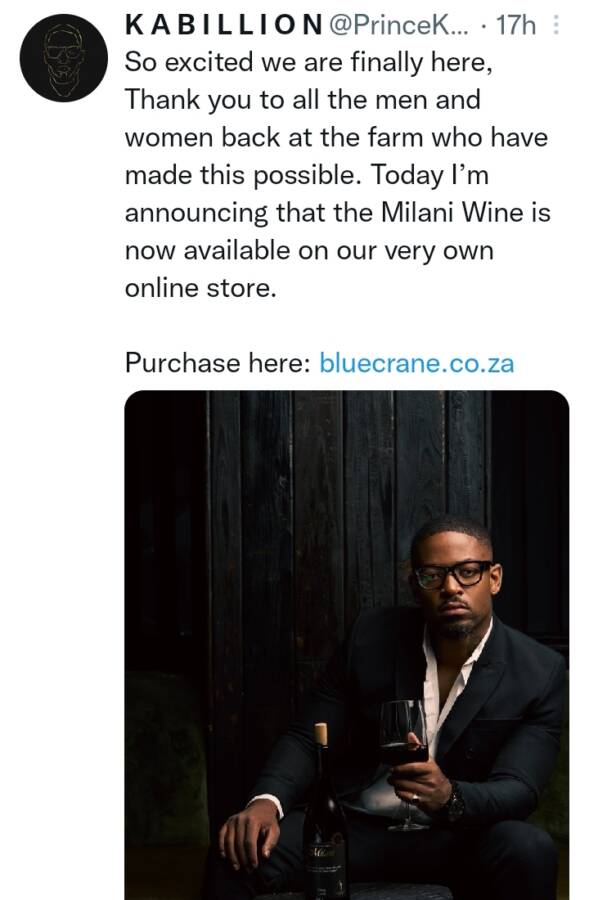 The support for the wine brand has been pretty massive, coming from South Africans. Most are excited for Prince Kaybee and his brand because everything is done right there in South Africa, from production to packaging. 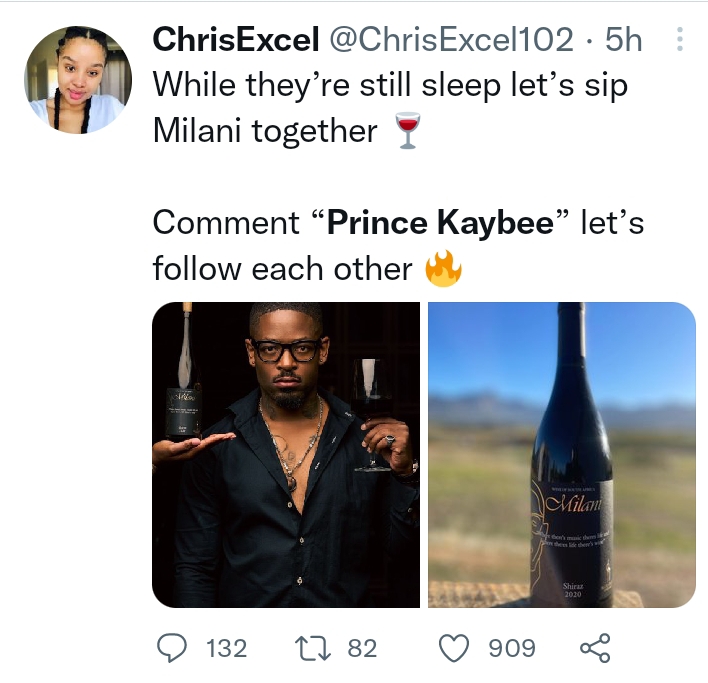 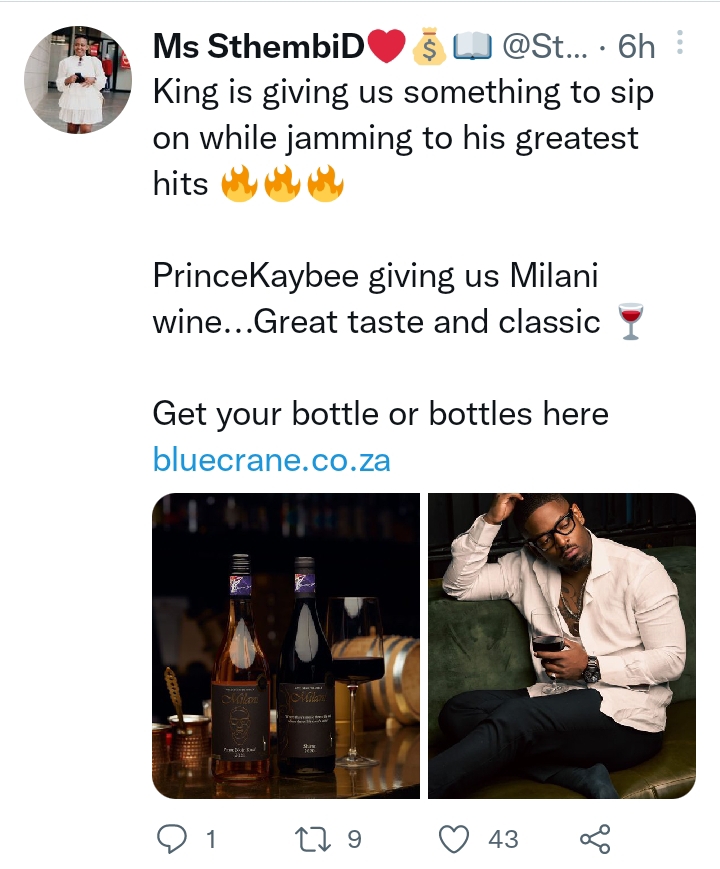 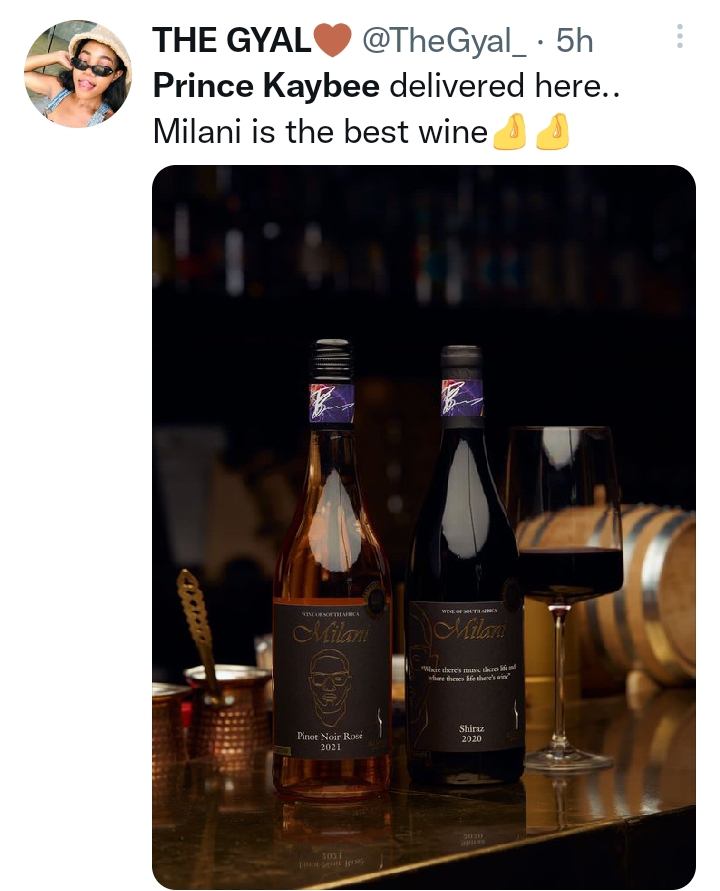 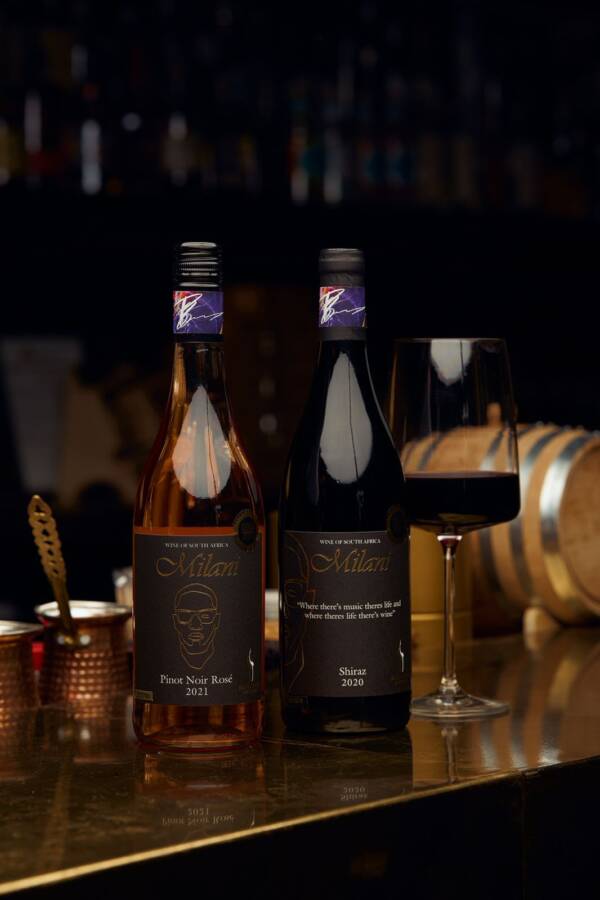 With this new wine adventure, Prince Kaybee joins a friend and an adversary who are into similar businesses. AKA is the friend. Formerly with Cruz Vodka, AKA is gearing up to launch his own brand. Cassper Nyovest is the adversary, and he owns the Billiato alcohol brand.

Tags
Milani Prince Kaybee
John Israel A Send an email 13 September 2022
Back to top button
Close
We use cookies on our website to give you the most relevant experience by remembering your preferences and repeat visits. By clicking “Accept All”, you consent to the use of ALL the cookies. However, you may visit "Cookie Settings" to provide a controlled consent.
Cookie SettingsAccept All
Manage Privacy