Mzansi actress Khanyi Mbau has just made her acting debut on the Showmax series  The Wife.  That’s not exactly the news, however – but how fans have reacted to her performance in the flick.

In the flick, the controversial media personality played the role of an attorney called Zandile. Prior to taking up the role, she had announced that it would be among her most challenging, as she’ll have to learn legal jargon and so much more to be effective in the role.

Well, from the reactions to her performance so far, it is clear that fans were chuffed with her Zandile character and how she played it.

For her part, though, reacting to a fan’s tweet on how she played Zandile in  The Wife, Khanyi Mbau had noted that the character frustrates her. You can check out the tweet below.

Zandile is a stone, she frustrates me Yoh! https://t.co/eYKC4kpurx 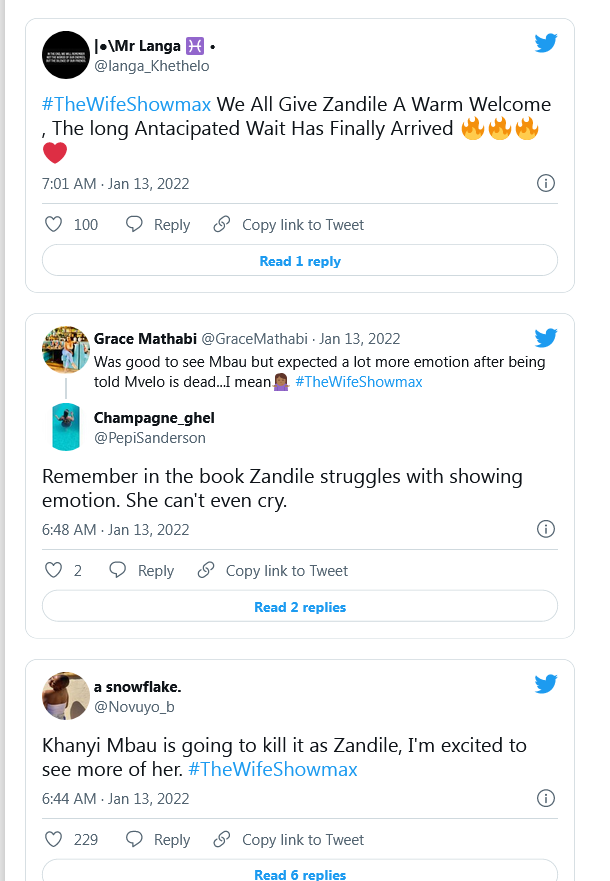 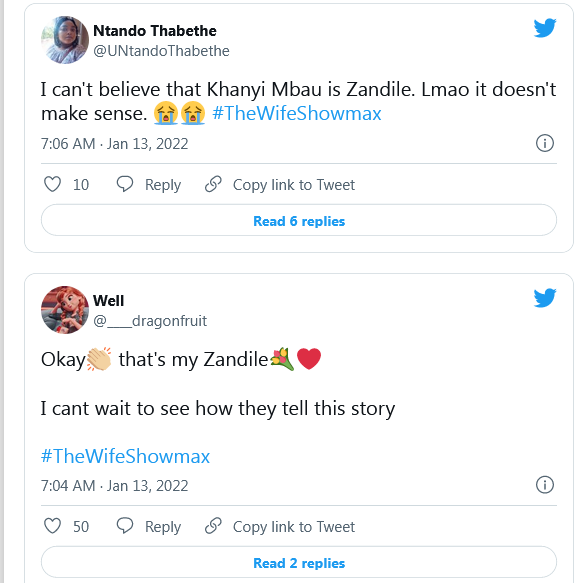 by the way, Khanyi Mbau stands out as much for her acting, her sense of drama, as for her skin lighening journey, a controversial topic she recently addressed and without apologies.

If you havent been following  The Wife,  you might want to start right away. This griping mvie will most likely keep you on the edge of your seat. Watch Stay tuned.

Tags
Khanyi Mbau
John Israel A Send an email 13 January 2022
Back to top button
Close
We use cookies on our website to give you the most relevant experience by remembering your preferences and repeat visits. By clicking “Accept All”, you consent to the use of ALL the cookies. However, you may visit "Cookie Settings" to provide a controlled consent.
Cookie SettingsAccept All
Manage Privacy