The Miss World beauty pageant is about to hold after an initial deferment. The organizers had announced the deferment of the competition, citing the coronavirus and the safety of participants as reasons.

The postponement was announced in December last year. The contest will now officially hold on March 17, 2022.

But who are the faves, and who will win, ultimately?

Opinions have been divided, with peeps across the world giving details about their favorites and who might go home with the coveted crown. 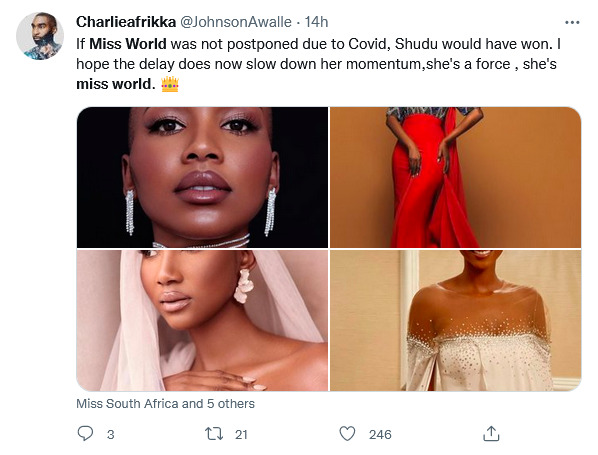 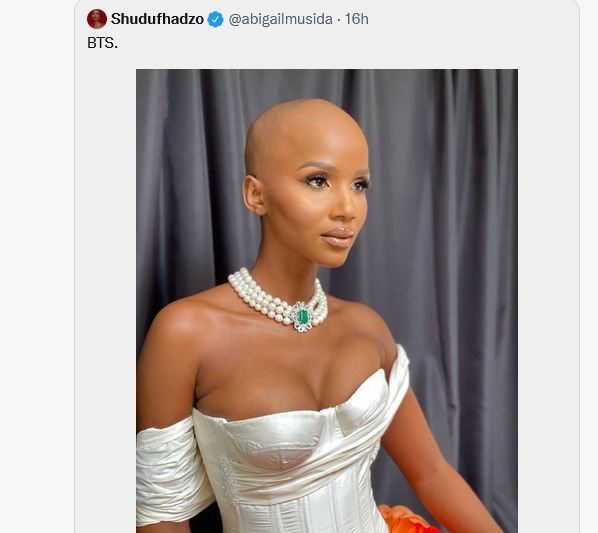 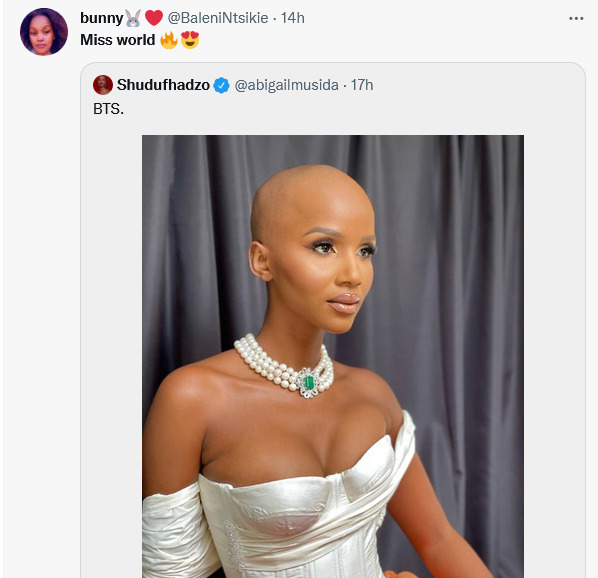 Mzansi’s favorite, Shudufhadzo Musida, is 25 and an advocate for mental health. Although she currently runs her own foundation, her dream is actually to work for the United Nations.

By the way, the Miss World beauty contest was started way back in 1951 by Eric Morley. At his death in 2000, his wife Julia had been co-chair of the pageant.

Since the founding of the pageant, winners have emerged from many countries, including Nigeria, South Africa, and the United States. But who will win this time?

Tags
Miss World Shudufhadzo Musida
John Israel A Send an email 10 March 2022
Back to top button
Close
We use cookies on our website to give you the most relevant experience by remembering your preferences and repeat visits. By clicking “Accept All”, you consent to the use of ALL the cookies. However, you may visit "Cookie Settings" to provide a controlled consent.
Cookie SettingsAccept All
Manage Privacy