MoTee is now Mo & Tee. Oh, well, in a sense, the much-loved couple, hitherto collectively known as MoTee, has decided to separate.

Thato (“Tee”) Rampedi has decided to separate from his girl Mo, and fans of their relationship are aghast. And with peeps commenting on what happened and what might have happened, the couple started trending.

Thato, a South African YouTuber, is an industrial and systems engineering graduate from the University of Pretoria. However, he’s mostly known for his take on love and relationship, which he shares on his YouTube channel.

For those who might wonder why he and Mo elected to separate, they have got an explanation in form of a statement jointly signed by them. There’s nothing “salacious” about the motivation to separate.

In their statement, they had noted how they had fallen deeply in love with each other and shared many magical moments. And although they’re separating now, it is as best friends, to give each other some space and help each other live fulfilling lives. 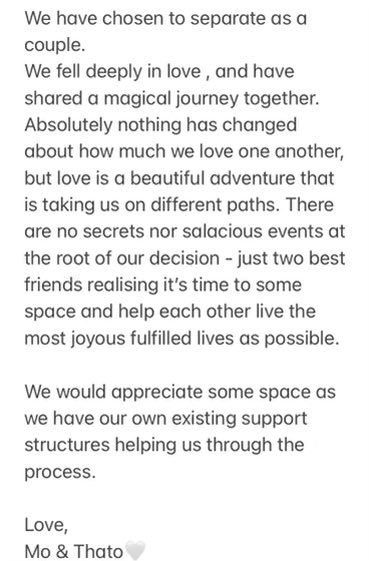 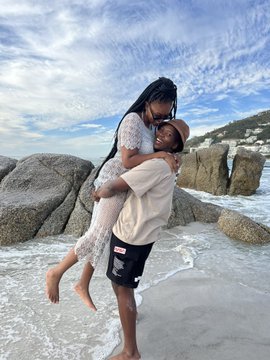 Some of their fans are not only incredulous, but they’re also sad about the news of the separation. This much should be obvious from their responses on social media, which you can check out below. 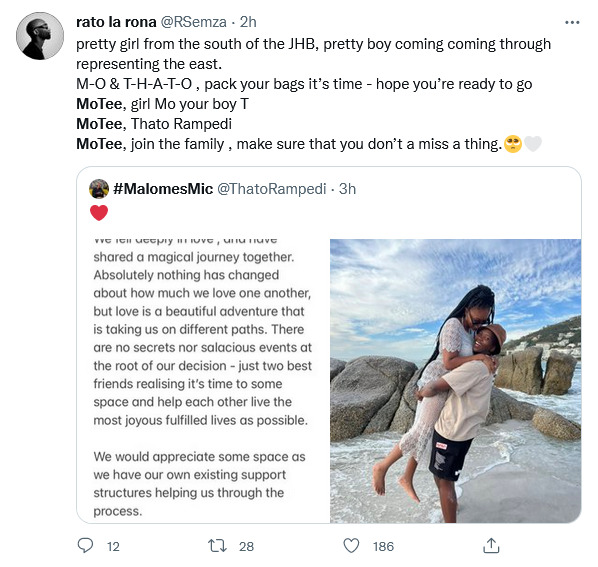 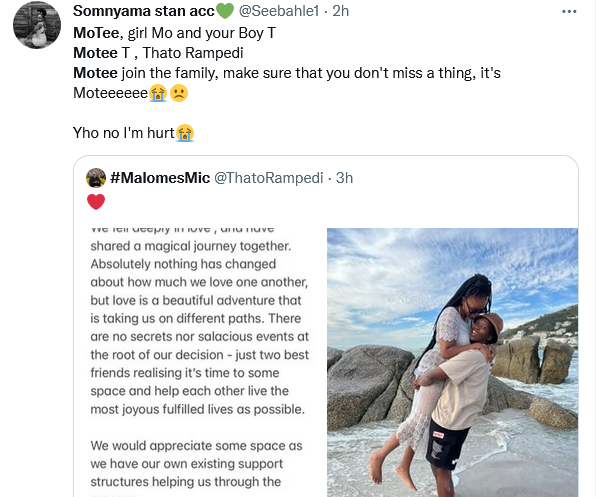 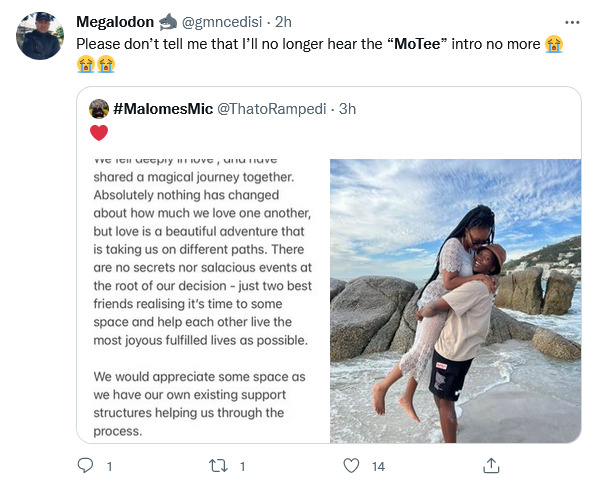 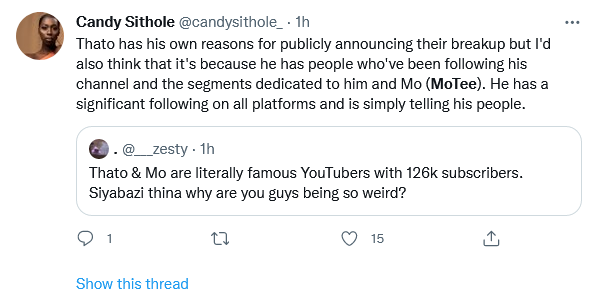 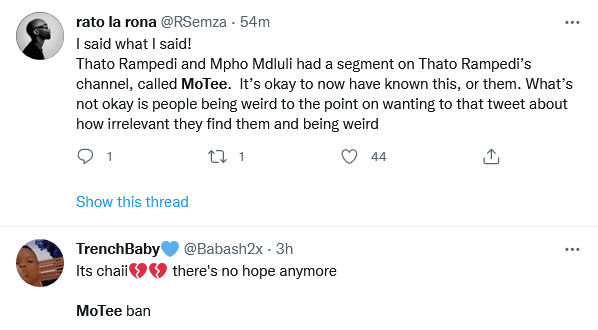 Tags
MoTee
John Israel A Send an email 8 March 2022
Back to top button
Close
We use cookies on our website to give you the most relevant experience by remembering your preferences and repeat visits. By clicking “Accept All”, you consent to the use of ALL the cookies. However, you may visit "Cookie Settings" to provide a controlled consent.
Cookie SettingsAccept All
Manage Privacy