There was an embarrassing interlude at the Durban International Conference Centre during Nelli Tembe’s funeral two days ago when, halfway into her picture slides, a picture of DJ Zinhle popped.

DJ Zinhle is AKA’s immediate ex girlfriend. AKA had ditched her a second time and disappeared in Nelli Tembe’s arms.

It might be over for AKA and DJ Zinhle, but the picture slide error mocked that reality, bringing the disc jockey into AKA’s orbit once again and causing her to trend on South Africa Twitter.

Those who noticed the slide error – or misidentification – were unimpressed and wondered out loud on social media why it should happen.

According to a Twitter user, the mistake wasn’t intentional in that the person who helped AKA compile the slide was unfamiliar with DJ Zinhle. You can check out the intrusive picture below. 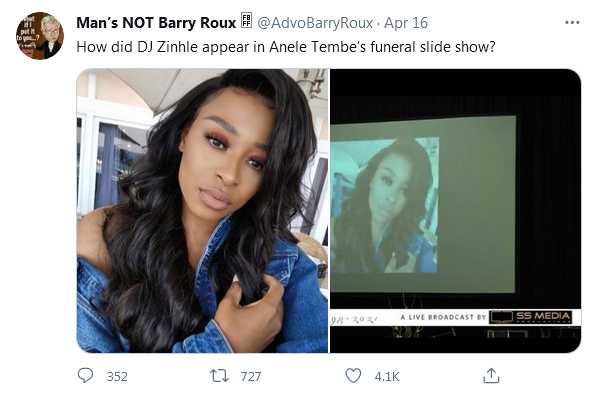 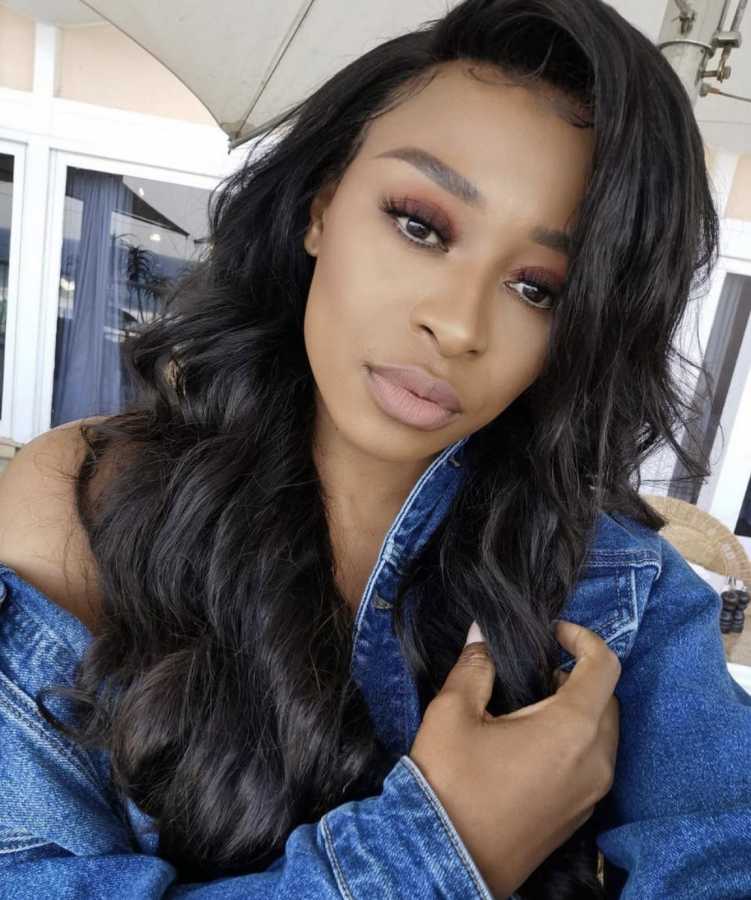 By the way, Anele “Nelli” Tembe fell to her death from the 10th floor of the Pepperclub Hotel inCape Town last week. At the time, some had claimed she was suicidal and jumped from the building. But her father dismissed this, stating that dis daughter wasn’t suicidal. But he advisedd the you to stay away from drugs and alcohol, leading to speculation she was on drugs when she died.