Mihlali Ndamase is famous as a beauty influencer and YouTuber, but it appears like South Africans are not ready to see her switch to the world of acting just yet.

Mihlali Ndamase recently snapped a role in a local movie titled Boxing Day, but South Africans were unimpressed with the idea of her acting in the film, and they made their displeasure in a storm of memes and jokes.

The movie will feature, among others, Hamilton Dlamini, S’thandiwe Kgoroge, and Zola Nombona. It tells the story of a poor family desperate for money to bury their grandmother. Unable to find a way, the family decided to kidnap a government minister and his wife to raise money for the burial.

Mihlali Ndmase was excited to be a part of the cast, and she shared her excitement in a post on social media.

Some Twitter users were not impressed with the choice of her as part of the cast, though, and they stormed Twitter with memes, stating that she was unsuitable for the role. 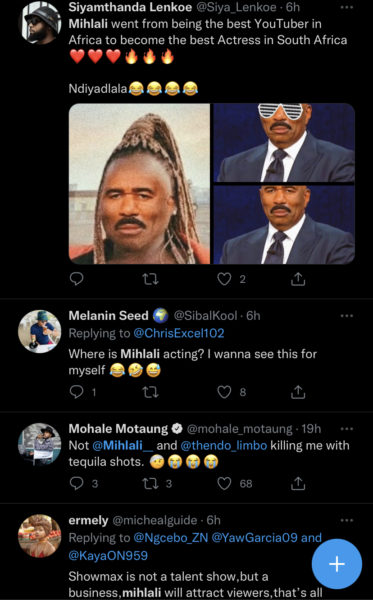 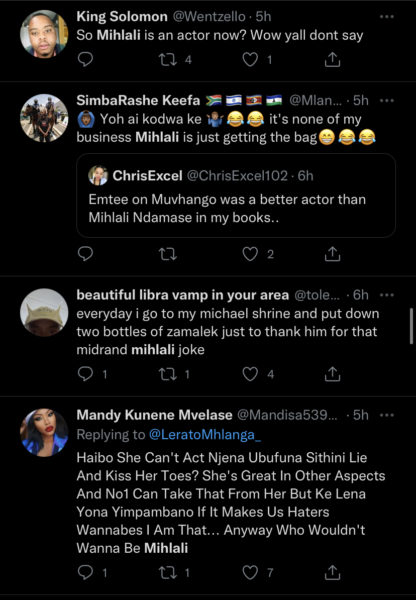 Some wondered how she transitioned from being the best beauty blog to the best actress and the best choice for Boxing Day. The criticisms haven’t dampened Mihlali’s excitement, though.

Tags
Mihlali Ndamase
John Israel A Send an email 3 January 2022
Back to top button
Close
We use cookies on our website to give you the most relevant experience by remembering your preferences and repeat visits. By clicking “Accept All”, you consent to the use of ALL the cookies. However, you may visit "Cookie Settings" to provide a controlled consent.
Cookie SettingsAccept All
Manage Privacy