For some parts of South Africa, it is hellfire again. No, no, no. We don’t mean the hell – pandemonium – where the devil and his satraps are lodged. We are merely talking about the heat wave that’s engulfing parts of the Rainbow Nation.

According to the South African Weather Service (SAWS), extreme heatwaves might hit parts of South Africa, including the Northern Cape, Free State, North West, Gauteng, Limpopo and Mpumalanga. The heat wave, it said, would start on Tuesday and extend through Thursday.

The SAWS shared a map indicating the direction of the heatwave and how soon residents should expect it. You can check out the map below. 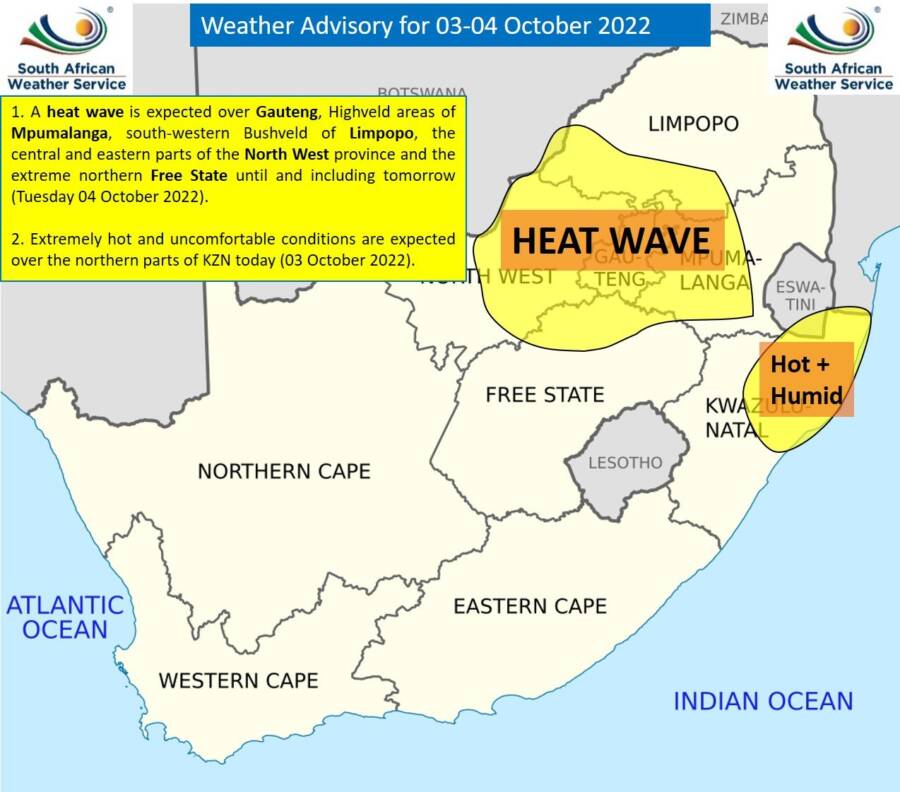 For those who might be wondering, though, a heat wave is nothing new in South Africa. It’s not the first time the SAWS has warned about the heat. It had happened years back.

For safety, people may want to stay indoors or use an umbrella when going out at noon when the sun would have been up. Extensive 3exposure without the use of sunscreen might be especially damaging to the skin.

In all, really, there is nothing to panic about. Residents need only keep their eyes peeled for the forecast from the SAWS and act accordingly.

Tags
Heat Wave
John Israel A4 October 2022
Back to top button
Close
We use cookies on our website to give you the most relevant experience by remembering your preferences and repeat visits. By clicking “Accept All”, you consent to the use of ALL the cookies. However, you may visit "Cookie Settings" to provide a controlled consent.
Cookie SettingsAccept All
Manage Privacy