South African media personality Thando Thabethe has got her compatriots worried after a picture of her with American rapper Trey Songz popped online.

The culture site Pop Pulse shared a picture of the South African with the celebrated American musician, noting in the caption that both of them were in Dubai. It gave no details on how they got to meet, however.

Another volunteered that she had been ill for a while and had only just left the hospital and was still probably recovering from whatever ailed her. One person who is yet to speak about the supposed illness and answered questions regarding the picture with Trey Songz is Thandfo Thabethe herself, You can check out the image below. 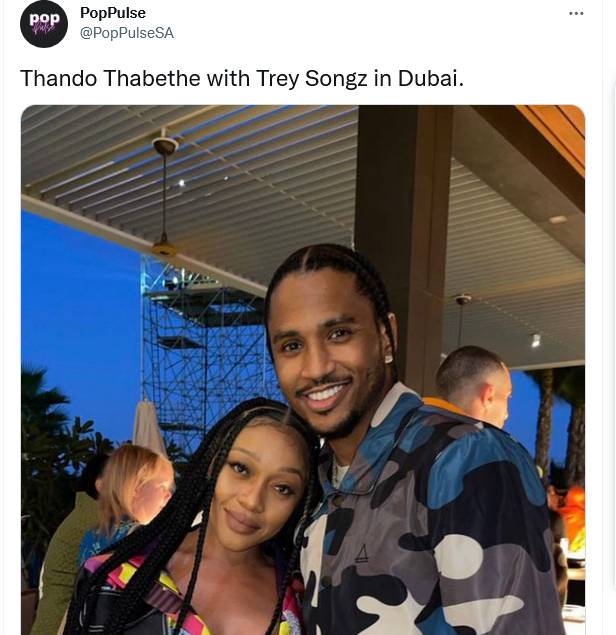 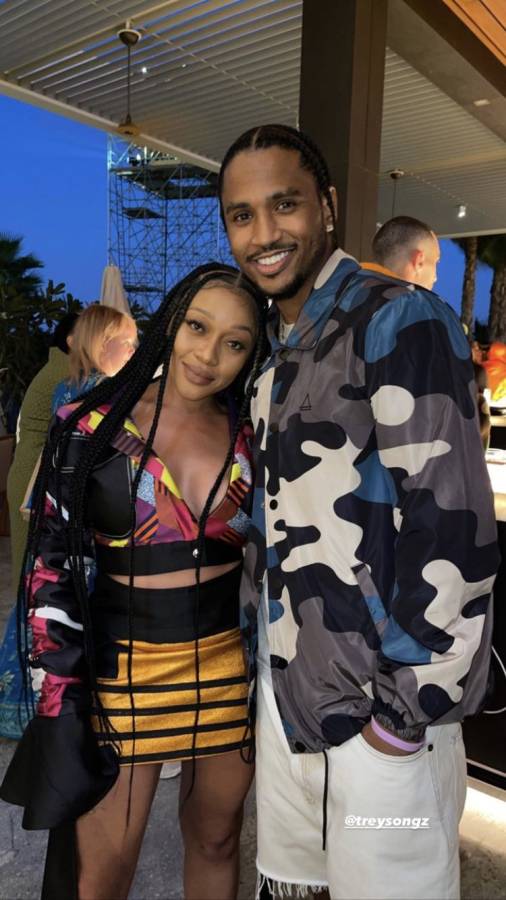 If nothing else, the responses to the picture have gone to show that South Africans are interested in the media personality and her welfare. Not all celebs get to have similar interests from members of the public.

By the way, the actress was recently spotlighted by Variety in the United States.

Tags
Thando Thebethe Trey Songz
John Israel A24 January 2023
Back to top button
Close
We use cookies on our website to give you the most relevant experience by remembering your preferences and repeat visits. By clicking “Accept All”, you consent to the use of ALL the cookies. However, you may visit "Cookie Settings" to provide a controlled consent.
Cookie SettingsAccept All
Manage Privacy