It is crazy how much Mzansi hit maker, NaakMusiQ has had to face at the hands of unknown hackers. All this is happening in less than one year. The popular DJ’s Instagram account has been hacked. Yes, you read that right.

Back in October last year, 2020, Naak’s Twitter and Facebook accounts were taken over by a hacker. He made the announcement via his IG stories. His profile photo was changed by the hacker to that of a Turkish man. The hacker also shared selfies of the Turkish man, and several other links. Naak also announced the hack through Siposethu Tshaka.

Now, his Instagram has been taken over. The same Turkish man was recently posted all over his account. We have no idea why this keeps happening to him, but several other Mzansi stars have also been victims of hackers. 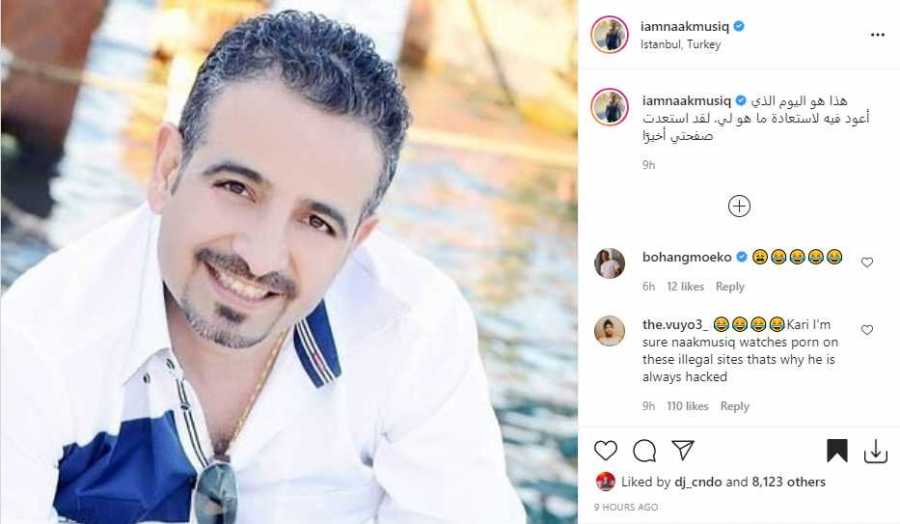 Tags
Naakmusiq
John Jabulani Send an email 1 April 2021
Back to top button
Close
We use cookies on our website to give you the most relevant experience by remembering your preferences and repeat visits. By clicking “Accept All”, you consent to the use of ALL the cookies. However, you may visit "Cookie Settings" to provide a controlled consent.
Cookie SettingsAccept All
Manage Privacy