Naakmusiq’s outburst follows Prince Kaybee calling him “kak” – or trash, if you please – like BMW engineering.” His very words. Prince Kaybee’s tweet had caused a storm online with DJ Tira popping in the comment section and urging the “Fetch Your Life” star to stop. If you missed the backstory, you can check it out here.

Well, Naakmusiq isn’t taking Prince Kaybee’s insult lightly and has threatened to deal with him. Actually the conflict between the pair is centered on cars. Each muso thinks his favourite car brand is the best out and doesn’t hesitate to scoff at the engineering of the other’s favourite brand.

Naakmusiq is team BMW (Beamer), and Prince Kaybee is team Mercs (Mercedes). Recently Prince Kaybee shared images of a BMW struggling to climb up a hill. He laughed at the Sisyphean toil of the beast to climb uphill, describing the engineering of the vehicle as kak.

He mentioned Naakmusiq as “kakmusiq” in that post, invariably reigniting his twar with the “Cinderella” muso.

You can check out details of their war in the screenshots below. 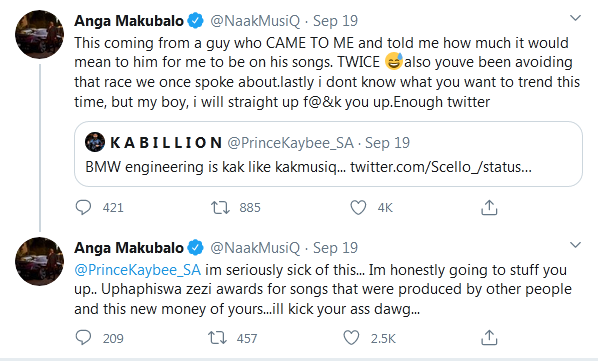 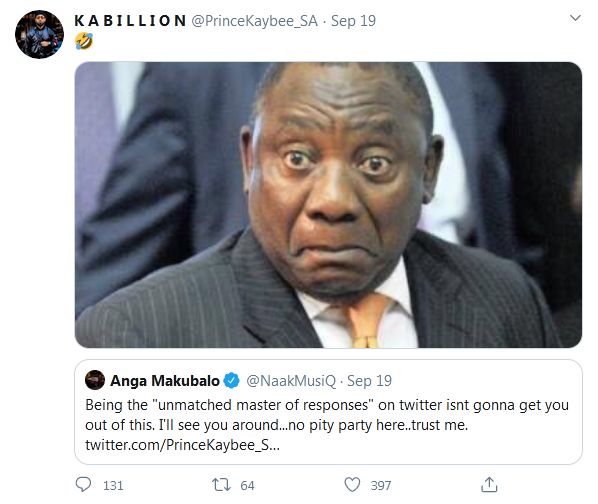 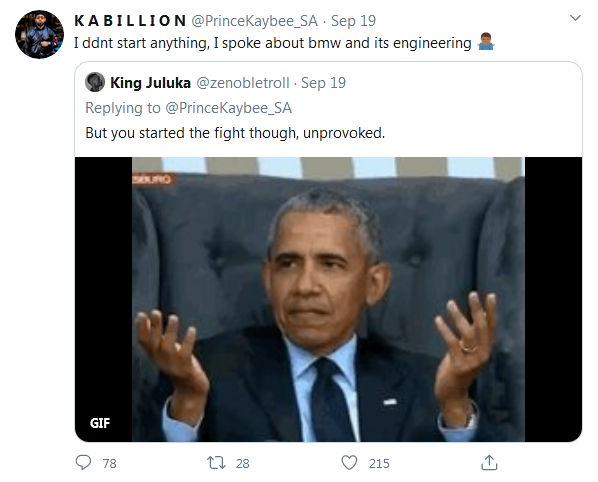 Tags
Naakmusiq Prince Kaybee
John Israel A Send an email 21 September 2020
Back to top button
Close
We use cookies on our website to give you the most relevant experience by remembering your preferences and repeat visits. By clicking “Accept All”, you consent to the use of ALL the cookies. However, you may visit "Cookie Settings" to provide a controlled consent.
Cookie SettingsAccept All
Manage Privacy