Could the year get any better than this? Guys, Gigi Lamayne and Nadia Nakai have something cooking. We must say, we are hungry for whatever it is they’re dishing.

The two hit makers have been having a great year. They recently took to Twitter to share hints on an upcoming collaboration. Gigi, who seemed to be in awe of the new music they created tweeted at Nadia about it. Bragga replied stating their fans “ain’t ready”. They’re yet to share any more details on the new collab.

However, we have no doubt that it is coming soon. Both rappers have been up to a lot of work this year. Bragga recently dropped a video for “Practice” featuring Vic Mensa while Lamayne started a new podcast. She has also revealed she’s in album mode. We can’t want to hear their new song. 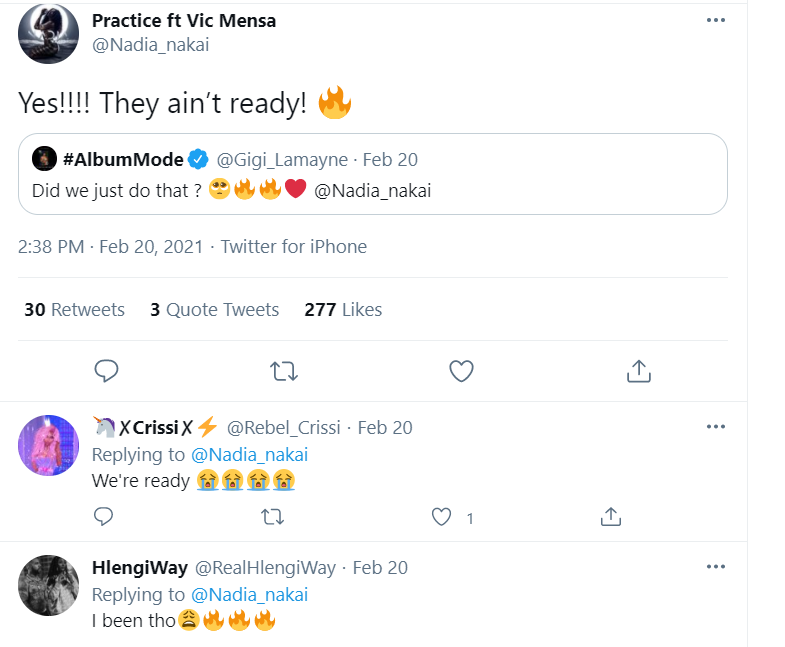