What has been recognized as one of the longest relationships in Hollywood had a twist recently when the news popped online that Jada Smith was seeing the singer August Alsina.

August has confirmed this, stating that Will Smith, Jada’s husband, gave his blessing to the relationship. Jada, however, denies having a relationship with him. Speculations are rife, even, that Jada and Will, who have two children together (Jaden and Willow), are actually in an open relationship

The unfolding drama between the Smiths and August Alsina is attracting commentary from around the world. It appears Mzansi rapper Nadia Nakai is amenable to an open relationship, too. This much she revealed in recent tweets.

The claim that will and Jada are actually in an open relationship was okay with Nakia Nakai, and she confesses she fancies a similar arrangement, so long as she and her fan are not divorcing but can sleep with whoever they want.

This is particularly welcome, according to her, if she and her partner have been together a long time and the romantic connection is gone. 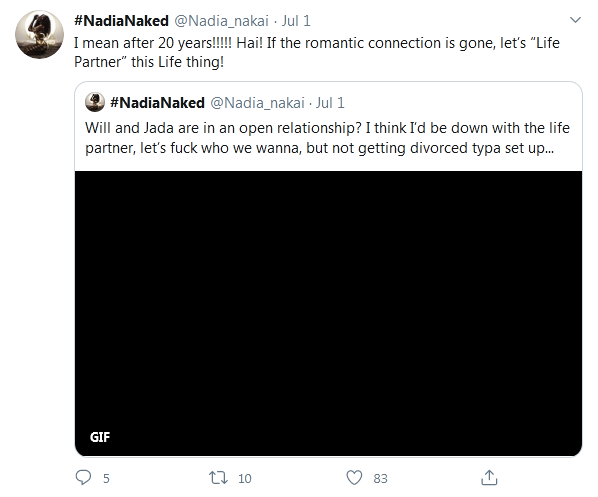 What do you think of Nadia Nakai’s position? You may want to join the conversation by dropping your thoughts in the comment section below.