Is Nadia Nakai expecting a child with boyfriend Vic Mensa? Well, that’s the question on the lips of fans right now.

Fans have been asking the question following a picture Nadia Nakai shared on Instagram. The picture shows Bragga leaning on Vic Mensa on a sofa. For caption, the songstress had written “Mom and Dad.” 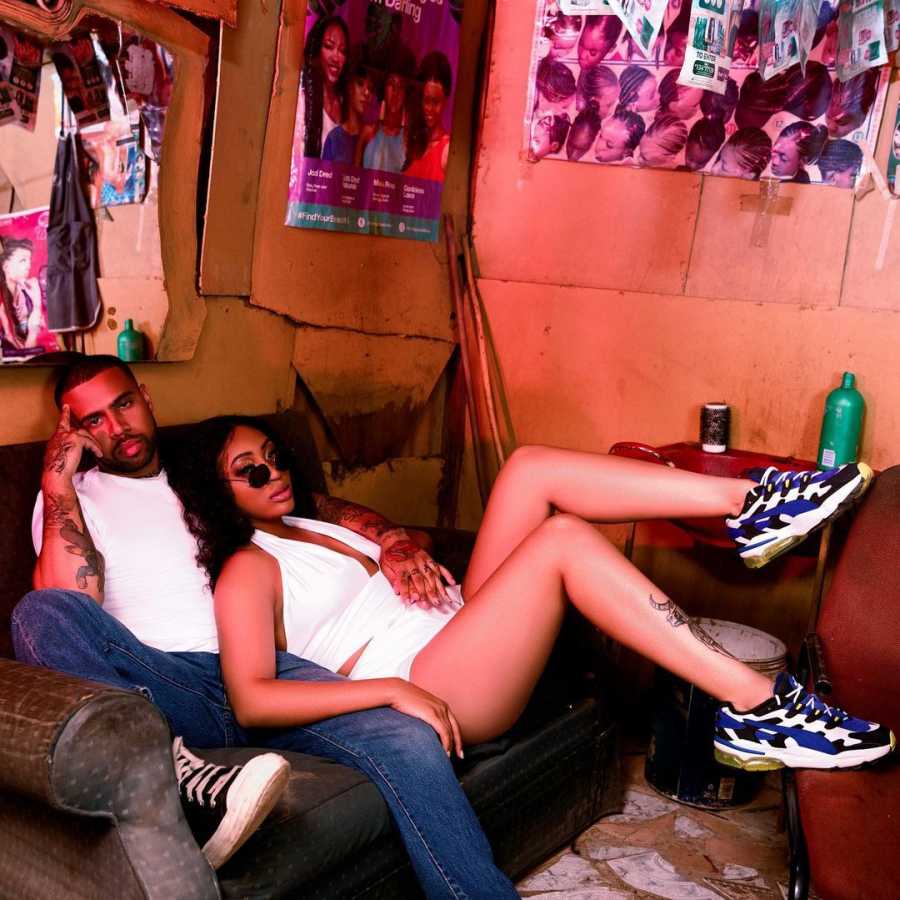 Those words ignited the imagination of her fans who bombarded her with questions on whether she is pregnant. Of course, she had no answer for those asking if she is expecting a child.

Some of her fans didn’t bother to ask if she’s pregnant, though, electing to believe she is on th strength of the caption to her post. They simply showered her with their congratulations.

If she is pregnant, then she has added to her string of wins. She’s a winner in business, a winner in music and now… well, you know.

By the way, before going Instagram official with her relationship with the American musician, Nadia Nakai had teased fans about it

As you well know, a pregnancy is not something that can be hidden forever. If she’s indeed pregnant, the world will know soon enough. We’re gonna bring you the scoop then. Stay tuned, if you please.