The obvious lack of nomination for Nadia Nakai’s 2019 album, “Naked Nadia” has caused quite a ruckus on social media. A lot of fans have pointed it out saying the rapper deserved a SAMA nod.

Nakai herself, also took to Twitter to revealed that she sent her album in for consideration but didn’t get nominated. She stated that it would be the last time she does that. In her opinion, awards do not really matter. Now, Family tree boss, Cassper Nyovest is weighing in on the matter.

In a very candid tweet, he reacted to the lack of nomination saying that the “Naked Nadia” album deserved a SAMA nod. He pointed out that it was a better album than the ones nominated and stated that Nadia being female might have been the cause for her not being considered. What do you guys think? Some people agree with him, some dont. 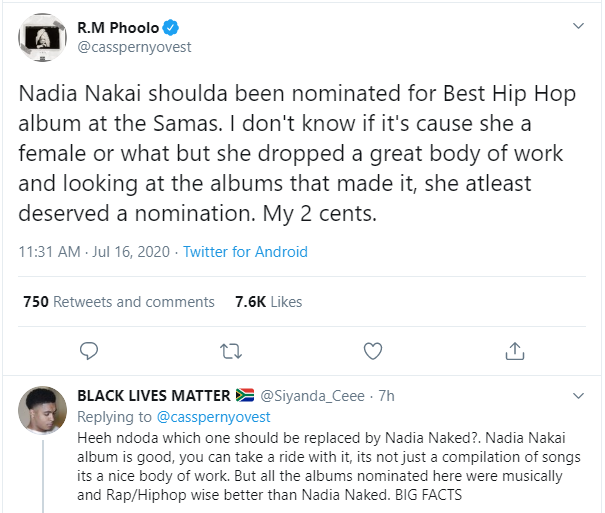