Nadia Nakai’s immediate ex-boyfriend Vic Mensa was apprehended at the Dulles International Airport in Virginia on a flight from Ghana, where he’s reportedly gone to promote tourism.

The following were reportedly found in his possession and made the customs take him into custody: 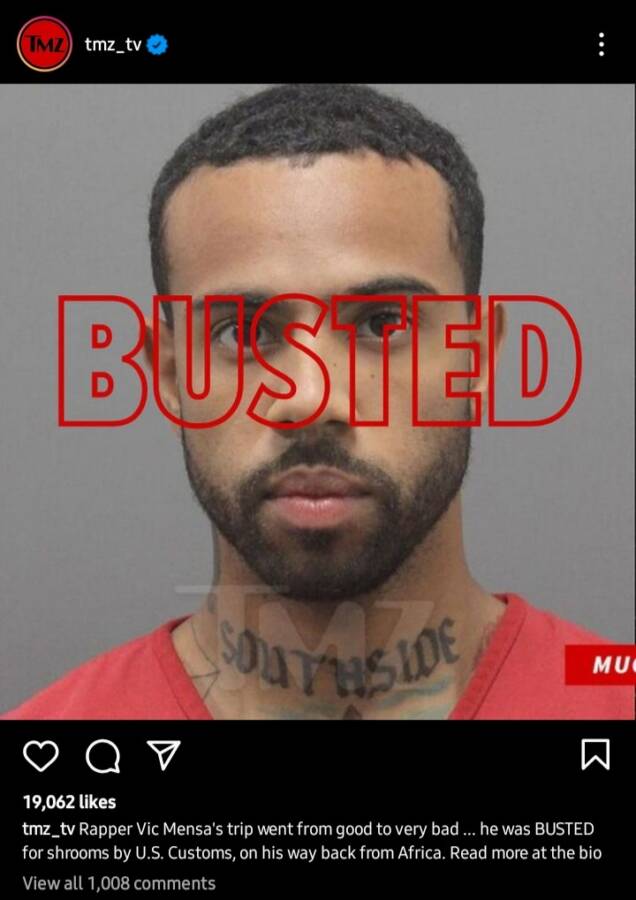 While Vic Mensa appears embattled on many fronts right now, his ex has quickly moved on and is currently living her best life with a new lover. Nadia Nakai has hitched up with the rapper AKA, who interviewed her on the first season of The Braai Show.

The “Fela in Versace” rapper had bought Nadia Nakai a Rolex and the two have parties sporadically since. By the way, Nadia Nakai hasn’t said anything regarding Vic Mensa’s arrest, and it’s doubtful she would.

A report by TMZ indicated that the police are currently analyzing the substances found in Vic Mensa’s luggage.

Vic Mensa has strong Ghanaian roots, and he’s maintained close ties to the place for as long as one can remember. It cannot be determined how soon his case will go to court. You may want to follow us and stay tuned for updates.

Tags
USA Vic Mensa
John Israel A Send an email 19 January 2022
Back to top button
Close
We use cookies on our website to give you the most relevant experience by remembering your preferences and repeat visits. By clicking “Accept All”, you consent to the use of ALL the cookies. However, you may visit "Cookie Settings" to provide a controlled consent.
Cookie SettingsAccept All
Manage Privacy