Mzansi songstress Nandi Madida is in the corridors of ecstasy, having just received a personalized gift from her American counterpart and the initiator of Black Is King, a musical film in which Nandi Madida featured.

Nandi Madida had played the role of Nala in the flick which was directed by Beyoncé herself. The film is said to be a visual companion to “The Lion King: The Gift,” Beyoncé’s 2019 album.

Yesterday 20 January, on Twitter, Nandi Madida showed of her gift, thanking Beyoncé and the Parkwood team for it. She expressed her gratitude in having been a part of the Black Is King project, describing those she worked with as inspiring. You can check out her post below. 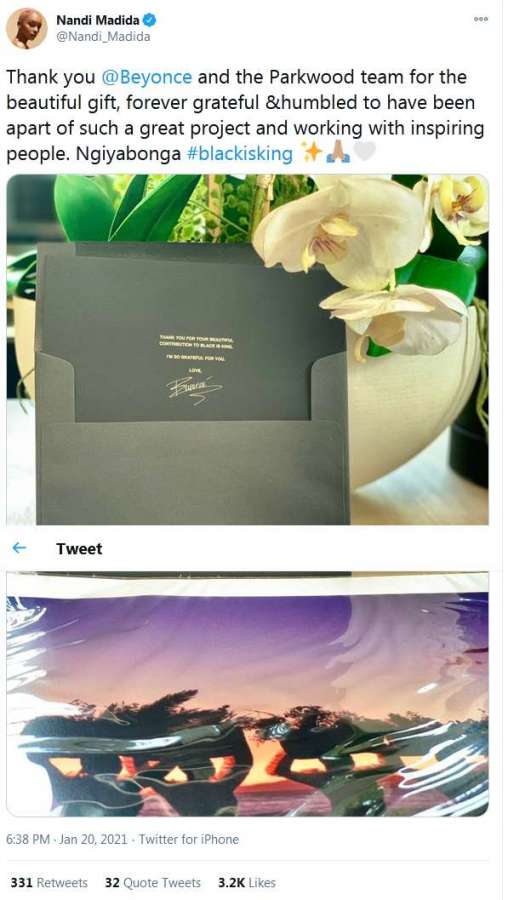 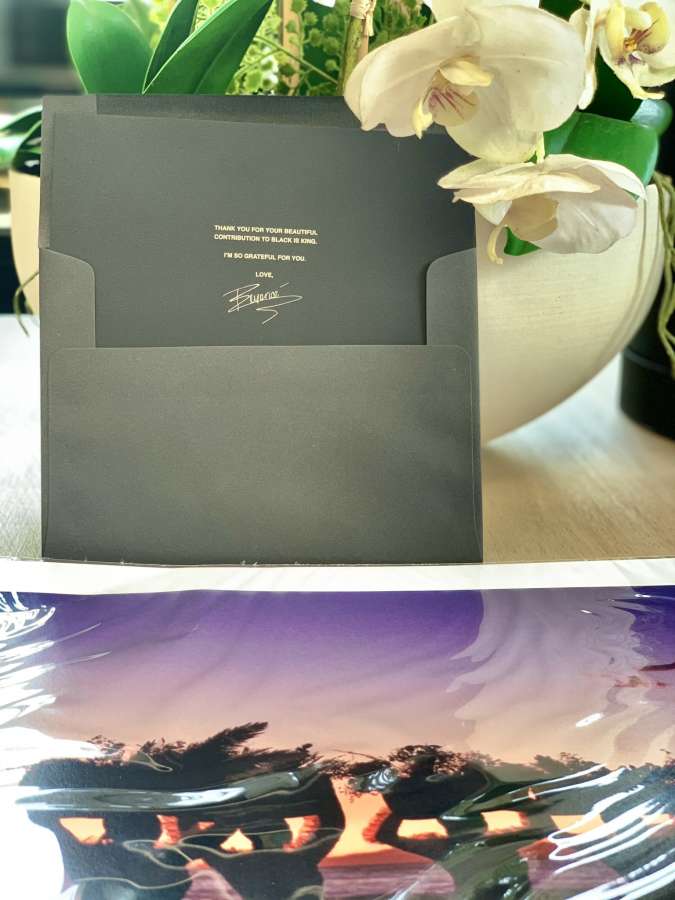 From the responses to Nandi Madida’s post, it was clear her fans were excited for her as well.

By the way, the “Organic” songstress recently detailed, alongside her husband Zakes Bantwini, her life growing up and more in a sit-down with Unathi. Although Nandi Madida’s fans are feerish with expectancy, the songstress is yet to release a song this year.

Well, what do you think of Beyoncé’s gift to Nandi Madida? You might want to join the conversation by dropping your thoughts in the comment section below.

Tags
Nandi Madida
John Israel A Send an email 21 January 2021
Back to top button
Close
We use cookies on our website to give you the most relevant experience by remembering your preferences and repeat visits. By clicking “Accept All”, you consent to the use of ALL the cookies. However, you may visit "Cookie Settings" to provide a controlled consent.
Cookie SettingsAccept All
Manage Privacy