Mzansi actress and TV Star, Nandi Madida has shared how much she is inspired by her husband, Zakes Bantwini.

Mzansi’s biggest couples never hold back when it comes to showing love and gushing about each other. The talented actress, Nandi Madida has always been vocal about how much her husband, Zakes Bantwini inspires her.

She recently took to social media to share the biggest lesson he taught her this year. According to her, he showed her that no matter who would want to see you fail, or even try whatever to see you fail, that if God has your back, no evil can win.

Of course, we all are inspired by that too. Zakes has emerged one of the year’s biggest successes. He topped charts and owned the airwaves with his hit song “Osama” featuring contributions from Kasango. The song has received praise from fans all over the country and the continent. 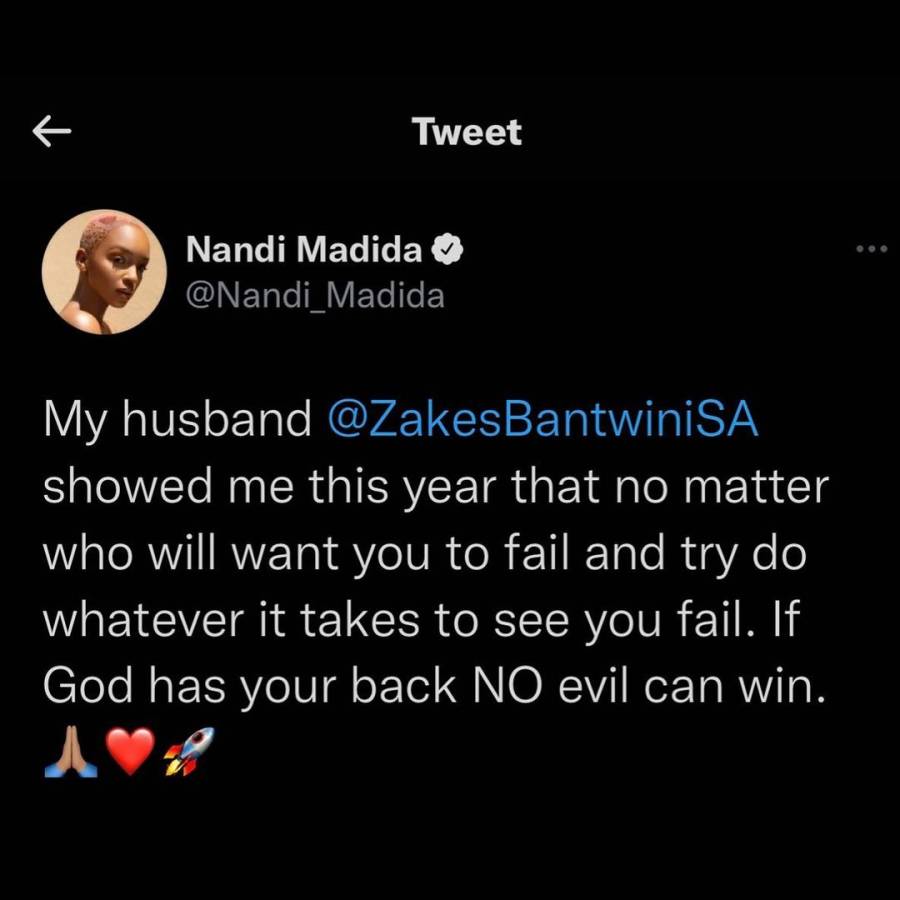 Tags
Nandi Madida Zakes Bantwini
John Jabulani Send an email 31 December 2021
Back to top button
Close
We use cookies on our website to give you the most relevant experience by remembering your preferences and repeat visits. By clicking “Accept All”, you consent to the use of ALL the cookies. However, you may visit "Cookie Settings" to provide a controlled consent.
Cookie SettingsAccept All
Manage Privacy