This year’s Mandela Day celebration is set to be a very special one and everyone has got plans. Nickelodeon is not about to be left out. The popular kids entertainment channel is planning on promoting reading on that day with a televised show on NickToons.

Nickelodeon has now announced media personality, Nandi Madida as the host of the “Let’s Read!” Mandela Day special happening on Saturday, July 18, 2020. It will be broadcast Live in NickToons, DStv channel 308.

There’s more good news. Nickelodeon announced on Thursday, July 9, that the special will be broadcast the entire day. The statement read that the segment is inspired by the channel’s initiative to promote reading for Mandela Day and encourage child literacy.

There will be a special “Wash Your Hands” song for the special using the Baby Shark tune. About the announcement, Nandi said,

“No matter what class, culture, race or social standing you’re in, you are afforded an opportunity to read. As a mother, I want to encourage my children to know and appreciate the power and beauty of literacy.” 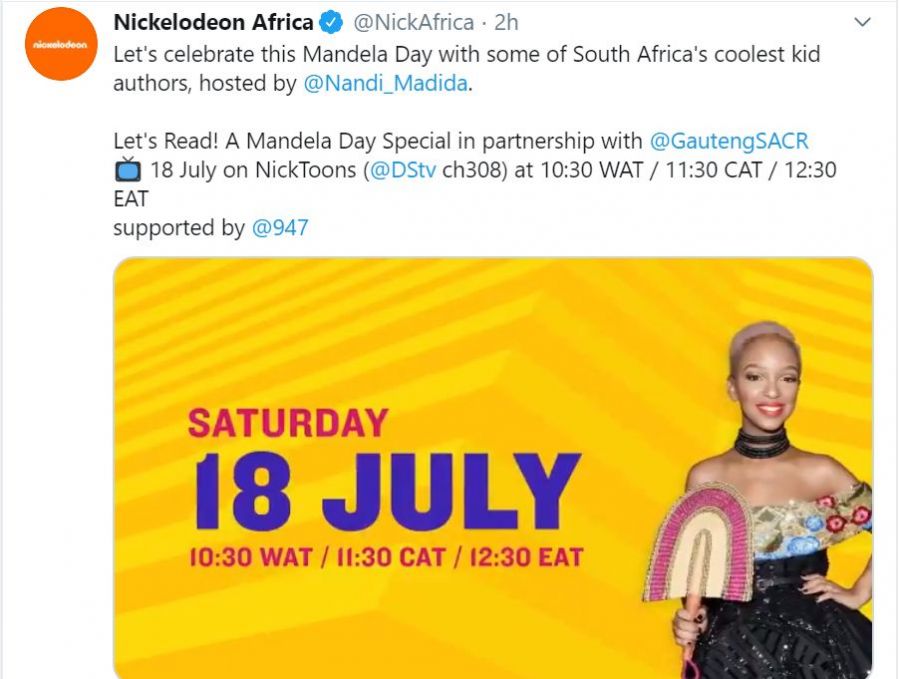 Tags
Nandi Madida Nickelodeon
John Jabulani10 July 2020
Back to top button
Close
We use cookies on our website to give you the most relevant experience by remembering your preferences and repeat visits. By clicking “Accept All”, you consent to the use of ALL the cookies. However, you may visit "Cookie Settings" to provide a controlled consent.
Cookie SettingsAccept All
Manage Privacy